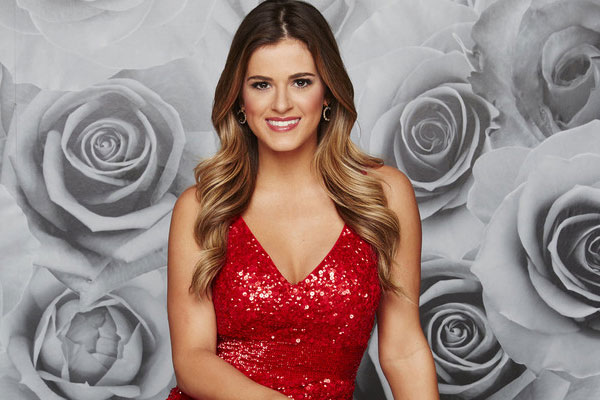 I’m so grateful to all of you for sticking with me and boosting me up last season. I was really struggling toward the end to get my recaps out because my chronic illness is very demanding of my time. But writing about this show, silly as it may be, and being able to communicate with all of you, gives me some sense of purpose.

As I said in Tuesday’s post, my recaps will now either be posted on Wednesday nights or on Friday. My health has to be my number one priority (hard as it may be to make it one being a creative type) so these are the new rules I’ve set for myself. I hope you will continue to read my blog despite the delay.

I have two Ask Emily questions that I have yet to post that came in during the off season so you can look forward to those in the coming weeks. If you have anything you’d like to ask me, contact me.

Enough preamble. Time to put on our bitch caps and dive in to the recap. 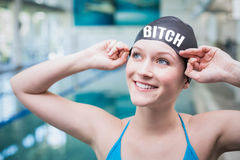 Normally, on the first post of a Bachelor/ette season I post a table of pics of all the contestants’ faces matched to their names but that takes hours and ABC has already done it for me so I’m not going to waste precious writing time doing that again. Here’s a link to this season’s cast: http://abc.go.com/shows/the-bachelorette/cast

First, I’d like to take a moment once again to give a shout-out to the Bachelor gods for not cursing us with a Caila or Amanda season. Amen. Glory be.

This was a fairly standard opening for a Bachelorette season. So was Ben’s. I hope that isn’t indicative of another incredibly dull season where my fellow Bachelor bloggers and I find ourselves praying the last 5 weeks that the master villain of the season reappears for ANY reason to DO SOMETHING INTERESTING. ANYTHING.

First, we get a recap of Jojo’s time on The Bachelor: How she and Ben “fell in love” and how Ben told her he loved her and wouldn’t blindside her and then promptly blindsided her in favor of his favorite girlfriend, Lauren B.

If you think about it, this show doesn’t actually film for 11 weeks. It just runs for 11 weeks. So Caila went home only a few days before JoJo. In my mind, it stands to reason that they’d be equally heartbroken by the time the finale aired (i.e. not at all since months have passed since they saw the lead who they spent a grand total of 24 hours with MAX). So I hope this opens the door for more second-place finishers to become leads in the future.

Jojo looks amazing in her bikini and it wasn’t the slightest bit suggestive when she was sitting on the rocks in Malibu while white ocean spray was washing over her near-naked body which made her writhe and giggle. Sorry. I have a dirty mind.

Okay. Blah Blah Blah. JoJo learned a lot about herself being on Ben’s season and now she’s ready to find REAL love. Very original… Moving on…

Next Jojo sits down with former Bachelorettes Desiree, Kaitlyn, and Ali to talk about what the hardest part of being the Bachelorette was for them. Why must we endure this torment every season? I’m pretty sure the leads could figure it out on their own or get advice OFF CAMERA. It’s not even 5 minutes into the season and already, my eye is starting to twitch.

The most interesting advice Jojo gets is that if she likes someone right away, she should ignore them and give the other guys a chance. Well, I guess she’s the only game in town while the guys are imprisoned in the Bachelor mansion so she can get away with that but it hasn’t been my experience that ignoring guys I like and paying attention to guys I don’t leads to true love.

Grant, 28, Firefighter from San Francisco – He’s mixed race so he’ll be gone by week 6 but, pray, continue insulting our intelligence that Jojo might actually choose a black man as her husband…

Grant is a cool guy so I feel bad for him that he has no chance on this show but not TOO bad because he probably already knew that going in.

Okay, that was over fast. WTF? He’s a firefighter who thinks Jojo is hot? Nothing else? No sob story about his Jamaican mom who died of breast cancer when he was 13? What about about the horrible car accident he was in when he was 19 that left him partially paralyzed in his left testicle and taught him the value of life? WHAT SHOW IS THIS??? 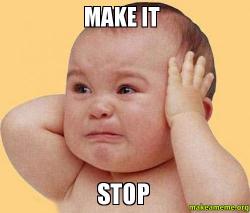 Football took a toll on his last relationship (and my brain) and now he’s looking for love, a best friend, and a family. And being that damn attractive, that articulate, that rich, that charming, and the brother of a sports legend, he couldn’t find it any other way than to go on a two-bit reality show and compete with 24 other guys for the hand of a cute-yet-utterly-unremarkable-in-every-other-way real estate agent? Uh huh. The Bachelor gig is his to lose.

Alex, 25, Oceanside, CA, Marine – Happens to be a jar-head whose head quite literally looks like a jar. The Marine Corps made him a “better man”. He has an identical twin who somehow managed to come out much better looking than he did. Can we get the brother on the show, please? Oh, he’s married. Never mind.

James, 27, Secret Bachelor Fan – I didn’t know that was a job. Is that like a secret shopper? I gotta give him props for doing the topless shot on a rocky cliff as the sun is setting and announcing it’s “his favorite Bachelor shot”. I like a man who has a sense of humor about himself even though I know this guy doesn’t have a snowball’s chance in Hades of marrying Jojo.

Evan, 33, from Nashville, Erectile Dysfunction Specialist – his job is PUMPING UP HIS GUYS… and GETTING THEM EXCITED… it’s a HARD business… it’s DRAINING…

I just can’t with this guy… who’s next?

Ali, 27, Santa Monica, CA – Werewolf during full moons but moonlights as a concert pianist the rest of the month.

Christian, 26, Los Angeles, Telecom consultant – gets up at 3:30 in the morning to work out. GO HOME! You’re automatically disqualified from all human institutions including marriage because you’re obviously some kind of alien and I don’t think Jojo’s in the market for alien babies. You’re also mixed race so it doesn’t look good for you anyway even if Jojo were willing to raise your 3-eyed children.

Awww… he’s a nice alien though. He takes care of his brothers and his white father rejected him. I feel bad for him… 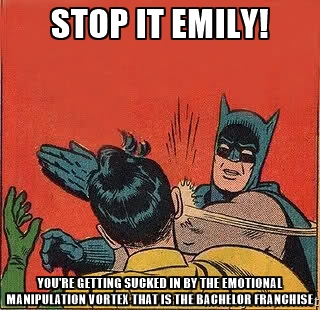 Luke, 31, War Veteran, Texas – Not sure what he does for a living but seems like he’s working his daddy’s ranch. A rich rancher could be a contender. This one is going far. Two slots filled in my final four.

Alright, Jojo’s boobs are out and perky and it’s time to meet her suitors.

Phew. Limo entrances over. I’m going to go throw up now. Or hang myself in the shower. If there’s no second page to this post, you’ll know what option I chose.

Next: Mansion Antics (Mantics) and the Rose Ceremony