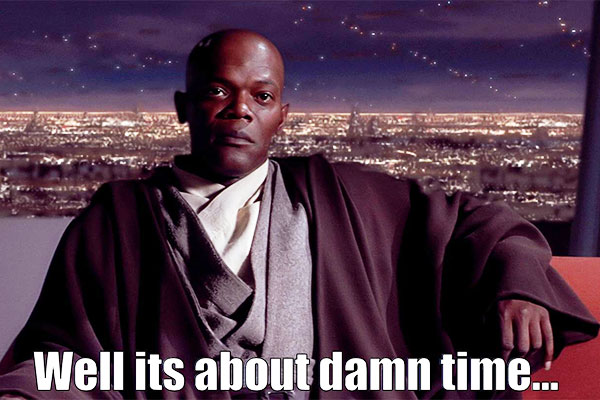 In case you don’t already know, the next Bachelorette was announced on Jimmy Kimmel last night.

Rachel Lindsey will not only be the next Bachelorette, she will be the first black lead in Bachelor history. I seriously am on the verge of tears writing this. With all the horrible sh*t that’s going on in the world right now, it’s good to know we can still make progress toward a more egalitarian future.

But beyond the color of her skin, Rachel is a genuinely intelligent and decent person and I’m looking forward to covering her season of the Bachelorette. I was going to quit blogging after Nick’s season but there’s no way I can NOT cover Rachel’s season.

Even if this is just a silly reality show, this is civil rights progress. When we can look upon a black lead and say, “That person is not just part of the background. She is a love object. She is worthy of love. She is beautiful and romantic and no different than any other human being in her heart who yearns to love and be loved and be the apple of someone’s eye. She’s not just here to support white men and women fulfill their unrealistic fairy-tale endings. She’s here to find her OWN unrealistic fairy-tale ending,” well, then we have truly made progress as society.

I don’t think we’re fully there yet but we will never get there if we don’t start the journey. I expect there will be a lot of support for Rachel and a lot of hate. Leads are often the objects of scorn but this will be different because while we have made a great deal of progress as a people, there are still plenty of racists in this country.

I still recall all the horrible things that were said about Michelle Obama and I’m sure Rachel is going to get some of that reaction.

I hope all of you will join me in supporting Rachel on her quest to find a 6-week soulmate. This show is never easy on anyone and I expect it will be especially difficult for Rachel because she is doing something that hasn’t been done before and whenever you’re a first no matter what kind of first you are, you will endure much more scrutiny and backlash than if you were a second or a third.

It takes courage and strength to be a first because you blaze the trail for everyone that comes after you and there are no footsteps ahead of you to guide you. I will support Rachel every step of the way. That doesn’t mean I won’t get on her case if she does something genuinely dumb but I will always be pro-Rachel.

Here’s a little update to my predictions after tonight’s episode and based on the preview for next week:

It looks like Nick may only give out 3 roses for hometowns. Kristina already went home. I know from the preview on the season premiere that Rachel will continue on to the wintry destination the women are going to after hometowns so she is definitely in the final 3. She can’t make it to final two or we’ll know who Nick chooses before the end.

Vanessa will be in the final two for sure. It’s her game to lose at this point. But if she’s up against Raven (or God forbid Corinne) we’ll also know that Nick chooses Vanessa because he doesn’t have a strong enough connection with Raven or Corinne to overcome what he has with Vanessa.

We also know someone is coming back. My guess is that it’s Danielle L. I thought this might happen after Nick cut her but I didn’t say anything because it was a crazy idea to me at the time but now I think there’s a very good possibility that Danielle L. will come back onto the show and get the 4th hometown date. Then Danielle L., Vanessa, and Rachel will move on to the final 3 and Danielle L. and Vanessa will be the final two.

I originally thought they would be the final two and between the two of them, I don’t know who Nick will choose. Vanessa still seems like the obvious choice but I don’t know.

So if Nick does indeed only give out 3 hometown roses, look out for this scenario. If not, I can’t wait to see Nick’s face when he meets Corinne’s nanny.

I’ll write a full recap later in the week! Until then, Happy Bacheloring!