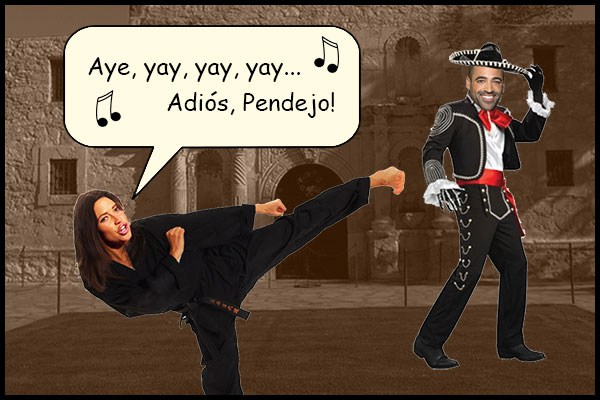 Before I get to my Bachelorette 2015 recap for episode 6, here are some other links I think you’ll enjoy:

As usual, the most interesting part of the show happened in the last ten minutes but before I get to Ian’s shocking-yet-not-so-shocking meltdown at the end of the show, there’s the rest of the episode to get to.

Last week left off with Nick about to enter the guys’ hotel suite. Now we see him move in.

The suite is set up with two giant couches on opposite sides of the room with the guys crammed on one of the couches, either sitting on it or standing around it. Nick enters the room and sits on the other one.

They sit in awkward silence for a moment. Nick lets the guys know that he’s not there to cause drama and that he just wants to get to know Kaitlyn because he thinks she’s a “cool chick”.

The guys interrogate him about the Andi situation. I honestly haven’t read anything about Nick and Andi meeting up. I don’t read tabloids. Without having heard anything and without reading any spoilers, I can’t speak to the veracity of the claim that Nick and Andi dated however briefly before he came on the show. I’m sure Reality Steve would mention it if it had actually happened but I don’t read his column during the season. I really don’t trust anyone else when it comes to such rumors so until the season is over and I can read what’s actually been happening, all I can do is go with my gut and say that Nick and Andi weren’t dating. It just doesn’t seem likely.

But I do find it strange that production made such a big deal out of it as if the air needed to be cleared on the subject in order to justify Nick being on the show. Tanner may have been asking the questions but that’s only because production told him to. It makes me wonder how serious the tabloid rumors were.

Nick says that he did meet up with Andi a couple weeks before going on the show to “bury the hatchet.” That seems reasonable to me. I really don’t think Nick would return to the show to date Kaitlyn if he and Andi were on the verge of reconciliation. In order for that to be the case, Nick would have to be a complete slimy fame-whore and while he may like attention (as most of the show’s cast does), I don’t have any reason to believe he’s that big of a douche.

Joshua gets hung up on the fact that Nick had “his season” last year and doesn’t understand why Nick came back this season. It’s not about having “your season”, dope. It’s about finding love. Or it’s supposed to be anyway.

Joshua really gets ridiculous with his suspicions about Nick. He knocks Nick for calling Kaitlyn a “cool chick” instead of “an amazing woman.” (Between Nick and Josh, the amazing count goes up by 3 in the span of 5 seconds: +8 amazing.) Nick is probably annoyed by Josh picking on his choice of words but he hides it well. Nick is kind of a hipster so calling her a “cool chick” rather than an “amazing woman” is simply a cultural difference. Josh is provincial to say the least. He’s a nice guy but his total lack of experience with the world and with women makes him seem like he’s 8-years-old sometimes.

In his ITM, Shawn is very upset that Nick is there, particularly since Nick knew Kaitlyn before the show. He says his walls are going back up. Shawn is the clear frontrunner at this point but his jealousy is obnoxious.

Shawn, if you’re so damn certain about your connection with Kaitlyn, man the f*ck up and have a little self-confidence. You sound like a spoiled brat who might get his girl-toy taken away from him before he gets a chance to play with her. Not exactly what I look for in a husband and I don’t think Kaitlyn’s looking for it either.

The guys go to the sky box at Citifield in New York for the cocktail party. Tensions are still running high because no one knows if Nick’s getting a rose or not. Josh can’t pinpoint what’s wrong with Nick but his “guy’s intuition” is telling him something’s off.

I’m a woman and I can tell things about other women’s motives for going after a guy that guys can’t see and I’m sure there are motives guys can see in other guys that I can’t see. But guy’s intuition? I don’t know a whole lot of guys who have much intuition about anything and often what they think is intuition is just their little head whispering stupid sh*t in their ear. In this case, I think Joshua is so out of touch with his little head that he might think it’s Jesus talking to him.

Look, Josh, what you feel is THREATENED and the reason you feel that way is because Nick is a formidable opponent when it comes to getting girls which you have zero experience doing. Your little head is letting you know you’re probably not going to have sex with Kaitlyn because of this guy but the reality is, you were never going to have sex with her to begin with because you don’t have a physical or mental connection with her. If you were the ONLY guy there, you’d have no chance of having sex with Kaitlyn.

Shawn is being kind of a whiny b*tch too and he really has no reason to be. He refuses to refer to Nick by name in his ITMs and insists on calling him “the other guy.” I think he and Josh need a timeout.

Shawn sits down with Kaitlyn and says to her, “I thought you’d be smarter… no…” backpedal, backpedal. “My walls are going up… [Nick’s] full of sh*t.” If this were any other guy but Shawn, Kaitlyn would have kicked his ass out right then and there but the fact that she let him get away with it speaks to how much she already feels for this guy. Well, she wants to f*ck him real bad anyway. Girls are just as nuts as guys when it comes to not letting go of poor choices in partners when they want in that poor choice’s pants.

Kaitlyn is upset by Shawn’s coldness. This is her “worst nightmare” and she questions bringing Nick on the show.

The fact that Kaitlyn would consider going back on her decision to let Nick on the show because Shawn is upset means she’s pretty much already made up her mind who’s going to be left standing at the altar in the end. For now at least. I don’t think Shawn will actually be the guy Kaitlyn chooses.

In an act of unbelievable cruelty, the producers decide to force Kaitlyn and the guys to stand in the infield at Citifield for the rose ceremony on a bitter cold winter night. Most of the guys are shivering and turning blue and Kaitlyn’s not doing much better in her floor-length wool coat. Was that really necessary, ABC?

Jared, Justin, and Chris all have roses from last week so here’s who gets them this week:

Corey, Jonathan, and Ryan B. go home. Not at all surprising. I originally had higher hopes for Ryan B. but he just didn’t step out of the shadows enough to really be a contender. Jonathan, the last of the tokens, goes home. He lasted exactly as long as I expected him to. This would have been the 4th rose ceremony if Clint and Tony hadn’t gone home last week so he lasted to week four as I predicted. Not showing the rose ceremonies the week of the episodes is throwing off my counts.

Corey was just really hard to look at and has been pretty much just filler from the beginning aside from his bad ass rap that tore J.J. a new one last week. For that, I’ll always have mad respect for him.

San Antonio – Home of the Alamo

The guys arrive at the Saint Anthony Hotel in San Antonio, TX with about 70% the enthusiasm they arrived in New York with. It’s still a step up from Mud Bucket, Kentucky but still no stamps in their passports.

Okay, so I said in my premiere recap that it looked like Ben H. and Kaitlyn were on a hometown date in the season promo. Well, that image wasn’t from a hometown date. It was from this date. That doesn’t change my prediction at all that Ben H. will make it to the final four because I’m still pretty sure he’s going to be the next Bachelor.

Kaitlyn and Ben take a refurbished, classic Ford pickup to the oldest dance hall in Texas, Gruene (pronounced “green”) Hall to participate in a 2-step contest.

As I’ve mentioned in previous posts, Ben H. is not the most athletic guy in the world (despite looking smoking hot without a shirt on). It’s probably because he has two left feet.

Ben gives it his full effort and he and Kaitlyn have a good time but alas, they are tapped out at the beginning of the second round of competition. I think it’s safe to say the only reason they made it that far was because they were surrounded by cameras.

Back at the hotel, the group date card arrives. Nick has informed the guys, based on his pro experience of being a rejected sap on The Bachelorette, that this week, there are probably going to be two one-on-one’s and one group date which means whoever isn’t listed on the group date, gets the one-on-one. Tension mounts, Josh and Shawn are sick at the idea that Nick might get the one-on-one. Cupcake reads the names:

It’s down to Nick and Shawn for the one-on-one. Oooo… the suspense is killing me.

Nick’s is the last name on the group date card.

This is not at all surprising. I’m pretty sure Shawn would have left if Nick got a one-on-one before he did and really, this was the only fair thing to do. Nick has to be eased into the group slowly or there’s just no way he’ll be accepted and Kaitlyn would have to send him packing.

Remember two weeks ago when I predicted that Shawn or Ben H. would get the one-on-one last week and Jared (yawn) got it instead? I was wrong but I do feel somewhat vindicated that BOTH Shawn and Ben H. got their dates this week.

Next up: The rest of Ben’s one-on-one