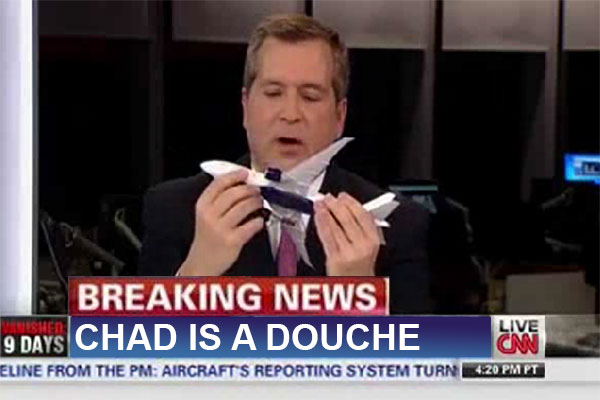 This was a pretty uneventful episode in my opinion. I was a little surprised Derek got the first one-on-one. I barely noticed him the first night. Even after seeing his date though, I don’t think he has a chance. He’s a good-looking guy but he lacks a certain edge that I think Jojo really needs. He’ll probably go further than I initially thought based on the lackluster screen time he got on night one but if he makes it to hometowns, I’ll be surprised.

We start the episode with some boring chit chat from Jojo about how she’s convinced after meeting her guys that she’ll find a love like Ben and Lauren found last season. So… shallow and vanilla? Do they even know each others’ middle names yet? Okay, okay… the Internets tell me they’re still going strong so I can’t mock them too much but, in my mind, they’re the most boring couple in the history of the show.

Next we see all the guys screaming Jojo’s name from the rooftops. They do realize they can’t ALL have her, don’t they? This isn’t a gang bang. Although it might make the show more interesting. I can’t believe there’s no one to sink my teeth into this season from the group of guys. I guess I just got spoiled from two seasons in a row of Nick Viall being on the show. Sigh…

Chad offers up a group toast: “To a beautiful girl, a beautiful life, f*ck you guys I’m gonna make her my wife.”

Shut up, Chad. We get it. You’re an arrogant prick. The role of villain is yours. *Yawn*

He’s such a generic villain though. I hope the producers have someone in mind to spice things up down the road or this season’s going to bore me to tears.

Chris Harrison delivers the first date card and let’s us know there are going to be 2 group dates and 1 one-on-one. Evan reads the first group date card (“Let’s heat things up!”):

…When out on the lawn there arose such a clatter,
the men sprang from their couches to see what was the matter!
Away to the driveway they made a mad dash,
Tore open the doors and saw a great flash! 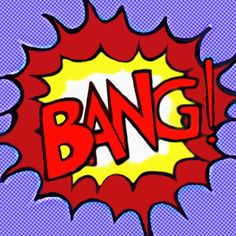 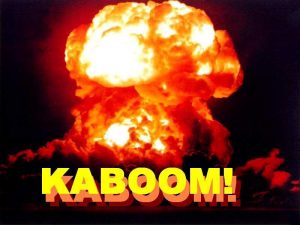 Nah, it wasn’t a mushroom cloud. Just a limo on fire but I’ve gotta do something to liven up this episode. You know I’m bored with an episode when I have to resort to bastardizing Christmas poetry and displaying images of comic book onomatopoeia and nuclear explosions in order to get through it.

So there’s a limo on fire. A firetruck rolls up and Jojo hops out in a wife beater and full fireman’s uniform, her ample bosom on full display underneath her suspenders, and hoses down the car. The men are duly impressed with her ability to handle a giant, spraying phallus.

Chad’s talking again. Let’s check in with him again at the scene:

Next, Chad tries to compensate for his tiny pen*s by putting on a weight belt, chaining his suitcase to it, and doing pull-ups from the patio rafters. This provides a good source of amusement to the other guys also stuck at the Mansion due to not being on the fireman group date.

Jojo and the boys arrive at a Fire Academy. This is the beginning of a several week process in which the contestants must prove their undying devotion to the lead of the show by enduring a series of hoop jumping competitions, the results of which will have no bearing on the ultimate “winner” of said lead’s heart.

In today’s pointless competition, the men will learn how to be firemen which involves pulling their hoses (*snicker*), breaking down doors, chopping wood, etc.

Wells, the least fit of the bunch (though certainly not hurting in the boyish good looks department), struggles with the 80 pounds of gear he has to wear to be a fireman, starts to faint, and is sidelined by Academy officials. He is ordered to take a break. Concerned, Jojo rushes to Wells’s side to give him water and make sure he’s okay.

Wells: MUAHAHAHA! All the reward, none of the work! Suck it losers!

The other boys kick themselves for not coming up with the idea of feigning a case of the vapors to get some much-coveted time with Jojo.

Kidding aside, this incident made me rethink the original impression I had of Wells as a player. He seemed very genuine and I think the kid’s gonna go far. He reminds me of Ben actually. Just shorter. Ben wasn’t all that tough either if you recall. He got knocked down pretty good in the boxing competition on Kaitlyn’s season. Wells could definitely be a contender for the next Bachelor if Jordan f*cks it up.

Back at the tool-shed, James Taylor is doing his best to suck the other men into his cult of mediocre singing and song-writing. Their best lyric? “Jo-jo. Jo-jo. Jo-jo.” Keep up the good work boys. Maybe if you keep at it long enough, it will start raining dictionaries and thesauruses.

Chad, in one of what is sure to be his precious few moments of clarity on this show given his predetermined role as this season’s villain, questions why the other guys wrote and plan to perform a song for and about a woman whom they’ve known for only a couple of hours. (Recall that this is only the day after the night they first entered the mansion.)

I understand the guys are drunk and bored but our dear villain makes an excellent point.

Now back to our regularly scheduled hoop-jumping competition:

Three men are selected from the Fireman boot-camp to compete in a fireman obstacle race to be allowed to save Jojo from the top of a non-burning building and be rewarded with two minutes of one-on-one time with Jojo at the cocktail party later on in the evening.

Luke is getting a little possessive a little soon of our Bachelorette. I hope he calms the f*ck down as the season goes on. He’s not worried about Wells as competition (duh) but Grant is a threat. Maybe ’cause he’s an actual firefighter and has done this thousands of times and is going to smoke you? (Pun intended)

Grant wins. I can barely contain my shock. :I

It does seem a little unfair that the producers created this challenge when Grant had such a clear advantage being a firefighter and all. 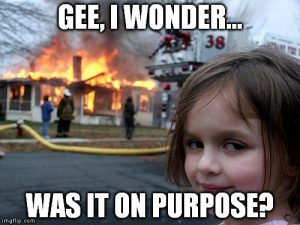 Luke is super bummed that he lost to Grant. Come on, Luke. Lighten up, dude! I picked you as Jojo’s guy in my night one predictions. MY REPUTATION AS A BACHELOR PROGNOSTICATOR IS ON THE LINE!!!

During their super special one-on-one time, Jojo asks Grant how he got into firefighting.

Grant: Uh… I like helping people and stuff…  (Translation: It’s one of the few jobs he could get that pays well and offers great benefits without requiring a college education)

Jojo is so great at pretending what a fantastic answer that is that she has to stick her tongue down Grant’s throat in order to make it believable.

Back at the tool-shed, the one-on-one date card arrives:

“Derek, love is full of choices. 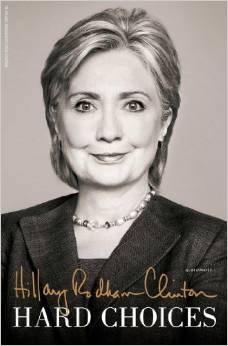 Back at the cocktail party, Jojo steals Wells away for some one-on-one time.

Wells: “I like the idea of Chief Tracy [Fireman Academy boss] being like, ‘Alright, this guy almost died earlier. Let’s see how quickly we can kill him.’ Even you were like, ‘Don’t do it! You’re gonna kill this poor kid.'”

HOLD THE PHONE!!! Did I just hear a halfway clever witticism escape one of these boys’ lips?

You mean there might actually be an intelligent, funny, decent guy on this season???

Seriously, this season might just have been saved for me. Thank God for Wells!

ANNNNDDD we’re back to Luke being a mope monster. 🙁

Finally, Luke gets some one-on-one time. I like him when he’s happy. He seems to have kind of a poet’s soul so it’s not surprising he’s a depressive. We’re known for that. He lands a seriously hot kiss though and solidifies his place as a front runner.

Wells gets the date rose. Yay!

*Yawn* Alright. Let’s get this thing over with.

Derek and Jojo are given a series of “choices” to make on their date.

They drive to an airport.

They fly to San Francisco but not before the pilot of the plane going south makes a show of grimacing in disappointment. TOTALLY believable.

Raise your hand if you think Bachelor producers ACTUALLY planned out activities for all those possible scenarios? 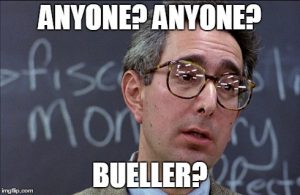 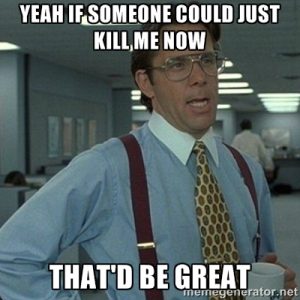 Chad and Daniel refrain from the Mantics and bond over their lack of participation and their shared belief that nice guys are actually the a**holes, not the a**holes.

Chad: I knew you were cool when I met you!

Daniel: I knew you were cool too! But I have really good intuition you know!

The second group date card arrives (“Prove your love to me and the nation.”):

To their dismay, Brandon, Chase, and James S. don’t get dates this week.

Chad decides to scold them for their disappointment: You’s guys have gone your whole life without seeing Jojo. What’s duh big deal? Grow a pair an’ forget aboud-it.

I hope someone clocks him before the season is over.

Back on Derek’s date, things are pretty boring. They have a picnic overlooking the Golden Gate Bridge. Jojo likes Derek. Derek likes Jojo. They kiss.

That night over dinner, Derek talks about his cheating ex-girlfriend set to the Bachelor’s famous sob-story sonata. Jojo commiserates with him by talking about her “relationship” with Ben.

We’ve seen this date a million and one times and it never gets any more interesting. Moving on.

Next: The ESPN Group Date, The Cocktail Party, and The Rose Ceremony