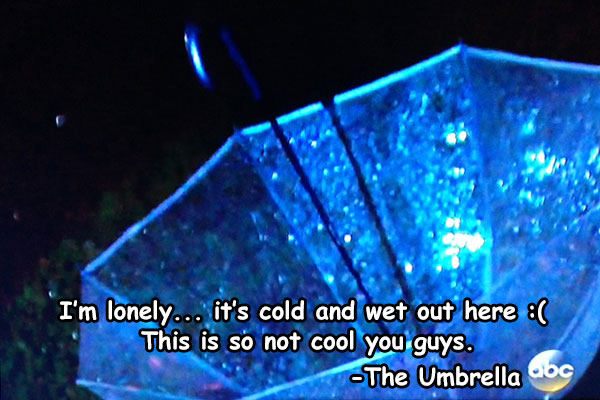 Wow. What an episode. I started writing on Monday but I’m just getting around to getting everything together to post my recap. My first reaction to the Hometown episode went a little something like this:

But then I pulled myself together and started thinking:

The producers are definitely up to something and if I know them, it’s no good.

I can’t remember a season in the history of the show when a lead was interviewed before a rose ceremony and told us who they were going to eliminate before the ceremony actually took place. Why would the producers let us know that Jojo was going to cut Luke?

Of course, when you saw that they left us with yet another of obnoxious cliffhanger, you realize that the reason they did it was so that we would think Luke was on the verge of going home and we would be left wondering for an entire week whether or not he actually did go home. That’s pretty easy to understand.

But what’s not quite so easy to understand is why they did it in the first place and why in the bloody hell Jojo would even consider sending Luke home, especially after the seemingly very romantic hometown date they had. I don’t know if anyone noticed but not only was Luke the only one to set up a romantic surprise for Jojo, but he was the only one who got an actual love song in his edit as he and Jojo were saying goodbye. Luke was oozing love and sex out of every pore of his body as he was gazing into Jojo’s soul but the sweeping ballad put the date over the top.

Cut to 5 minutes later: Jojo is considering sending him packing.

I was left with several burning questions:

I don’t know about you but if some guy did all that for me and then looked deeply into my eyes and told me I had his heart, I’d kind of get the picture that he loved me. I’m getting the impression that Jojo is really insecure. On nearly every date, it seemed she was trying to get a 100% lifetime guarantee out of one of these guys and whoever could make her believe he could give it to her was the guy for her, no matter how skeezy (*cough* Robby *cough*). 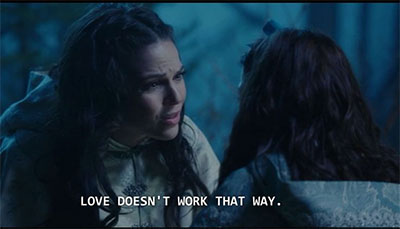 But back to my questions. Let’s start with the first one: why did the producers make Jojo’s date with Luke seem so much more romantic than the others?

So which one do I think it is? Well, in order to maintain my Nostradamus status, I have a vested interest in option one being correct BUT I don’t think it is (of course, whenever I doubt myself, it turns out I shouldn’t have so I could be making the same mistake as I did during Ben’s season. Oh, well. F*ck it.)

I think it’s both two and three. I think Jojo is going to change her mind at the rose ceremony and Luke will continue yet not be the winner and they are setting Luke up to be the next Bachelor. Why? Because I think they cast Jordan with the intention of making him the next Bachelor and as filming went on, they realized that he came across as insincere and no one would believe he was on the show for any other reason than to try to out-famous his older brother whose shadow he’s been living in his whole life.

If they’re setting Luke up to be the next Bachelor, they want women to want him and there’s no better way to do that than to turn him into a heartthrob. And it worked. I saw a poll on Facebook that asked fans who they thought Jojo SHOULD pick and about 75% of the answers were Luke. And when most women say another woman should go for a guy, what they’re really saying is that they would go for him.

If 75% of the female audience wants to bang Luke, that’s a successful audition to be the next Bachelor. (Let us recall that nearly everyone thought Kaitlyn should choose Ben even though they had zero chemistry.)

Onto question 2: Why was Jojo considering cutting Luke?

Maybe she has chemistry with Luke but feels like they have nothing in common. Luke is an introvert after all.

Or maybe the producers made her feel insecure about him not telling her he loved her. I imagine it wasn’t hard to make Jojo feel insecure.

I honestly don’t know. But we’re going to find out tomorrow. My prediction is that Jojo will hand out a rose to Robby and Jordan and the last rose will come down to Chase and Luke and Chase will go home. I just don’t think it’s Luke’s time yet. And if I’m wrong, well, all I can say is that Jojo has really sh*tty taste in men.

I had to laugh at myself though despite my shock when I first learned that Jojo might be letting Luke go because at the time, it had been less than 24 hours since I wrote my previous week’s post that said I didn’t see a possible universe in which Luke and Jordan weren’t the final two. I’m this guy right now: 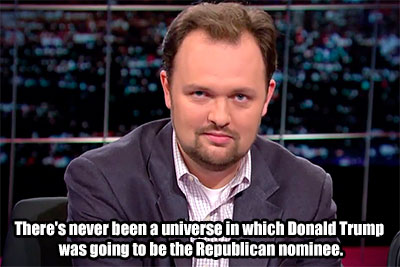 Next Up: Recap of the Hometown Dates