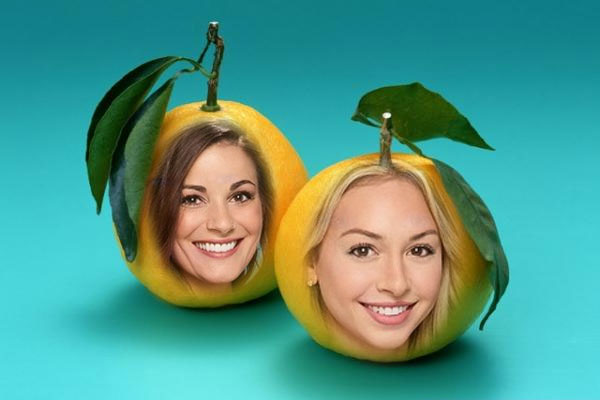 Is Corinne a virgin? I mean she doesn’t act like one but neither did Mena Suvari’s character in American Beauty and we all thought she was a dirty, dirty whore until she ended up topless on Kevin Spacey’s couch at the end of the movie where she confessed to having never done the deed.

Corinne is the first to steal Nick for some one-on-one time. Of course she is.

After that, Nick takes full of advantage of his role as the Bachelor and makes out with any girl who wants to make out with him. He’s going to have to pretend to be monogamous for a while after the show is over so he’s gotta get his kicks while he can get ’em.

Corinne tells the other girls Nick is Prince Charming.

Yes, Corinne. Nick is Prince Charming. That’s why he just HAD to go on reality TV to find a wife. All the best guys find their soulmates on television and get engaged to them after spending less than 24 hours of quality time alone with them.

I can’t wait until he kicks her to the curb. Wonder what she’ll be saying about him then. I hope she’s not a cutter. (Sorry, trigger warning.) She seems unhinged.

Raven, on the other hand, has her doubts about Nick after witnessing his “connection” with Corinne: “Are you the type of guy who wants someone like Corinne who leads with her sexuality? Because if you are, no wonder it’s your fourth time.”

We find out during Raven’s conversation with Nick that her last boyfriend cheated on her and that she’s attracted to a-holes because they’re honest… EXCEPT for the last one you mean… or did he come right out and tell you he cheated on you?

An honest cheat. How paradoxical and oxymoronical.

Nick likes Raven because he feels like she can’t help but be honest. I like Raven because she’s Wednesday Addams on the outside and sunshine and sprinkled cupcakes on the inside.

Back at the harem, the coveted one-on-one date card arrives. Liz hopes it’s for her.

“Danielle M. our relationship is about to take off  – Nick ”

Liz is really excited for Danielle. 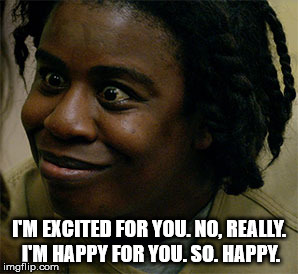 Back at the same top-floor hotel bar that 70% of all Bachelor/ette night time group dates are filmed, Corinne has achieved white-girl-wasted on the breathalyzer scale. She interrupts Nick and Alexis. Alexis reluctantly leaves Nick just as they’re about to have a real conversation.

Nick listens to Corinne yammer on for about 5 seconds before he shuts her up with a kiss.

That isn’t to say that Taylor isn’t interesting and that her academic achievements aren’t worthwhile. It’s just that it takes a lot more to get inside people’s minds than mere academic knowledge. Nick, I believe, wants someone to get inside his head, to see him for who he is and challenge him to let down his walls. A master’s degree in psychology alone is not nearly enough to accomplish that.

Meanwhile, Corinne has worked herself into a drunken frenzy over Nick spending time with Taylor, her main “rival”. She stumbles back over to Nick’s assigned corner of the bar and interrupts a fellow contestant for the second time that night which goes over about as well as a four-pound porterhouse at a vegan BBQ with the other women.

Nick is hesitant but seems under producer orders to comply with interruptions, especially from Corinne, the producers’ primary drama generator this season. Taylor leaves. She is not amused.

Nick tells Corinne he had so much fun today and she’s a big reason why. Yup. Grabbing boobies is always a good time. I’m not sure she contributed much more than that.

Back in the contestant holding area, Taylor is upset that Corinne interrupted her but she’s not going to let Corinne get under her skin so she marches back over to Nick’s area and interrupts Corinne. (Way to not let her get under your skin.)

Corinne leaves then complains to probably the last person who gives a damn about anything Corinne has to complain about: Jasmine.

Corinne: I can’t believe she interrupted me! I was talking to him and I interrupted her but then she came back and re-interrupted me with him. SHE RE-INTERRUPTED ME! That’s just rude.

Corinne: Sorry about interrupting you it’s just the situation we’re in. (SUBTEXT: I can’t believe you had the nerve to interrupt me.)

Taylor: Do you mean when you came and interrupted me which I barely remember? (SUBTEXT: I remember, bitch.)

Corinne nods. (SUBTEXT: Please, be as upset as I am.)

Taylor: No, it’s fine. (SUBTEXT: I’m gonna give you some rope and let you hang your drunk ass.)

Taylor: I’m good. (SUBTEXT: I see the noose tightening around your neck…)

Corinne: Are you OK? You seemed a little hesitant. (SUBTEXT: I’M STILL NOT OKAY!)

Taylor: I’m OK. (SUBTEXT: I’ve never been as satisfied as I am right now watching you unravel on national television.)

Taylor looks at Corinne trying to hide her glee. (SUBTEXT: Let it out, girlfriend…)

(SUBTEXT: Everything I just said was directed at myself even though I don’t possess the self-awareness to recognize I’m projecting all of my insecurities onto other people.) 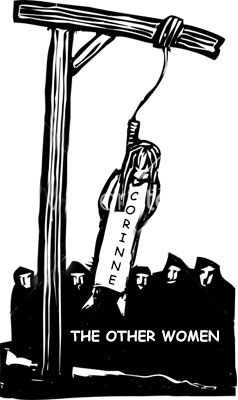 The award for Most Awkward Moment in Bachelor History goes to… Corinne! Tell her what she’s won!

A rose from Nick?!?! Pesky producers. The other women are not amused.

Say what you will about Corinne, she never fails to entertain.

Next Up: Danielle M.’s One-On-One and Group Date 2