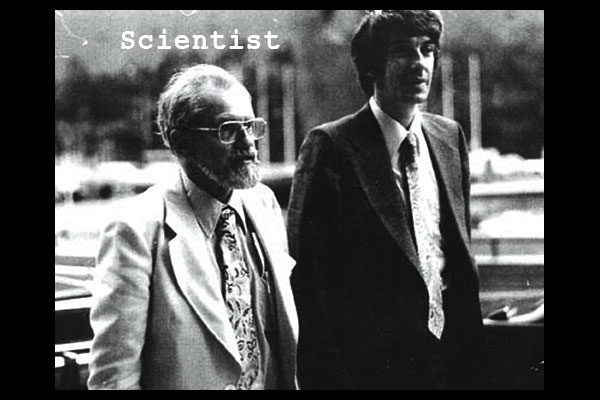 I wrote a while back about the Fermi Paradox which basically states that given the age of the universe and the number of habitable planets that should exist, that advanced extraterrestrials species should have visited us many times over by now and poses the question, “So, where are they?”

At the end of this post is a video of a documentary entitled, “Seeing is Believing,” that takes a serious look at the UFO phenomenon and presents a thorough investigation of the possibility that our planet is being visited by extraterrestrials. It aired on the National Geographic Channel in 2005 and is hosted by Peter Jennings. It’s about 90 minutes long but well worth it if this is a subject you’re curious about but you don’t want to comb through the internet’s vast web of UFO conspiracy theories, conflated abductions stories, and descriptions of human/alien hybrids to find credible reporting of the phenomenon. However, if you are a human/alien hybrid and can prove it, please, introduce yourself in the comments section. I would like to meet you.

As someone who is scientifically-minded, I call on scientists around the world to abandon their preconceived notions about UFOs, recognize that while we have learned a lot about the physical universe, there is likely much more to learn than what we know, and defy the cult of science (which is a separate thing from science itself) that denounces investigations into the “paranormal” as whimsical nonsense.

There is a tremendous amount of lunacy and pseudoscience surrounding the topic of alien visitations which I believe is one of the major reasons serious scientists won’t look into the subject. Not the only major reason but a reason nonetheless. A message to UFO enthusiasts: If you want people to take this subject seriously, stop jumping to conclusions, stop making mythologies out of your conclusions, and stop posting your mythologies all over the web which make you look inept and foolish. And if you’re a hoaxer out to make a buck, f*ck off.

In the video below, toward the end there is a segment that discusses what the experience of alien abduction is like. I can tell you that I have had similar experiences (though not as negative) and there are other explanations for what alien abductees are experiencing as abductions. I believe I do know what they are experiencing because I know what I have experienced and what I can say for sure is that there can be no way to scientifically verify at this time whether or not what I experienced is of an extraterrestrial nature. The reason for this is because if my experiences are real, they are not taking place within the reality we are aware of when we’re conscious and are therefore beyond scientific scrutiny. (I will write about my experiences another time and link the story to this post.)

Being beyond scientific scrutiny does not rule something out as being a real experience but it does make it much more difficult to convince other people such experiences are real. And if I’m not sure my experiences with night time visitations by aliens were actual contact with aliens, I’m not sure how anyone else can be so certain. Seeing can be believing but believing is not knowing.

And no one should be undergoing hypnosis to retrieve memories. Hypnosis is infamous for creating false memories. Memories should be kept as pure as possible. Don’t embellish them. Don’t say, “I saw a door”, when what really happened is you saw something that LOOKED like a door. Write down your memories, preferably before sharing them with anyone else as others are prone to collaborate with you in building stories out of what you tell them and those stories have a tendency to overwrite your memories.

Before I sign off on this post, I’d like to share two quotes from Dr. J. Allen Hynek, who was for several years in the 1950s the U.S. air force’s lead scientific investigator of UFO phenomenon, which demonstrate to me that he was a scientist in the truest sense of the word. If more scientists thought this way, more people might take an interest in science, a subject that has lost its appeal to many Americans.

“As a scientist I must be mindful of the lessons of the past; all too often it has happened that matters of great value to science were overlooked because the new phenomenon did not fit the accepted scientific outlook of the time.”

“Ridicule is not part of the scientific method, and people should not be taught that it is. The steady flow of reports, often made in concert by reliable observers, raises questions of scientific obligation and responsibility. Is there … any residue that is worthy of scientific attention? Or, if there isn’t, does not an obligation exist to say so to the public—not in words of open ridicule but seriously, to keep faith with the trust the public places in science and scientists?”

And a quote ABOUT Dr. J. Allen Hynek:

“Dr. Hynek was one of the most impressive scientists I met while working on the UFO project, and I met a good many. He didn’t do two things that some of them did: give you the answer before he knew the question; or immediately begin to expound on his accomplishments in the field of science.”

THAT’S how a scientist is supposed to think and act.