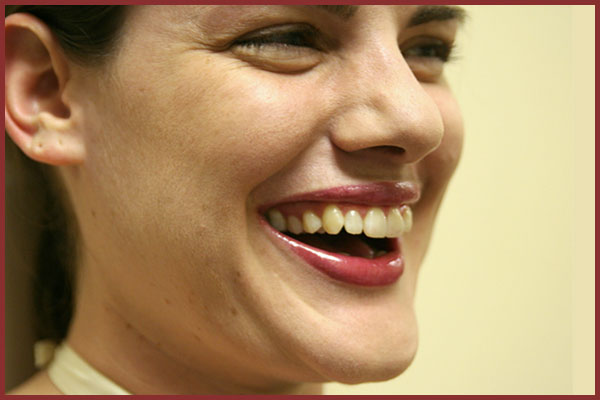 Are women funny? By Steven Depolo via Wikimedia Commons

Are women funny? By Steven Depolo via Wikimedia Commons

Yesterday, I watched a documentary on Netflix produced by a female comedian called, “Women Aren’t Funny.”

I never really thought about the question of whether women were funny or not prior to watching the film. My first thought was, “Of course women are funny,” but the documentary gave me pause. I tried to think of all the funny women I know and I honestly don’t know that many. Granted, most of my friends are male but I think one of the reasons I tend to gravitate toward men is because they tend to be more honest than women and tend to have more of a sense of humor. The few women I keep close are honest and tend to be witty.

I don’t think there are significant differences between men and women that would make men inherently funnier than women. But I do think that many women have been conditioned by society to be dishonest with themselves and others and being funny demands being honest.

Women are held to absurd standards of beauty, decorum, and grace. In order to maintain the goddess-like state that society demands of us, many women go to extreme lengths. We wear so much makeup that we are virtually unrecognizable compared to our natural states, we pretend we have no bodily functions, we nod, smile, and laugh to put others at ease, we spend fortunes on clothing and hairstyles, we starve ourselves and workout to the point of self-destruction, and we do everything we can to amass admirers (particularly male admirers) at the expense of being our authentic selves.

Society teaches us that women are objects to be admired which leads women to the inevitable conclusion that without admirers, we have no inherent value. So to risk losing admirers by being authentic is to risk what little value we perceive we have in the eyes of the world.

Men on the other hand, are taught to be direct and assertive. They can disagree with each other and still be friends (women tend to be in constant cold wars with each other over minor disagreements – confrontation is not ladylike). Men also have the freedom to display the extent of their primitive, human nature in all its glory (i.e. they get to be disgusting and still be admired). The more honest they are, the more they are admired.

Men are much more likely to be admired for who they are and what they think than women are and as long as this double standard exists, most women will hide behind their carefully crafted facades for fear of losing their sense of self-worth and being false leaves little room for being funny.

But the women who dare to step out from behind their masks and tell the truth about who they are and what they think, often are not only more admired than those women who succeed in being paragons of the feminine ideal, but enjoy a level of freedom and fulfillment that said paragons could never imagine.

The ability to be one’s authentic self is the most valuable trait a human being can possess and the true source of our worth. And I think the process of trying to be our authentic selves requires us to be able to laugh at ourselves and the restrictions placed upon us by the world because the only way to overcome our fears is to place them in a context where they have no power over us. A fear placed in the corner with a dunce cap on its head is much easier to dismiss than a glowering demon.

So my answer to the question of whether women can be funny is yes. There are many, many female comedians who have proven this to be true and we owe a debt to these women because their extraordinary bravery continually opens the doors to make it easier for all women to be able to be their authentic selves by making it acceptable through humor.

Not everyone who is their authentic self is going to be a barrel of laughs but I’ve never met an authentic person, male or female, who didn’t at least have a healthy sense of humor.

One thought on “Women Aren’t Funny. A New Documentary”