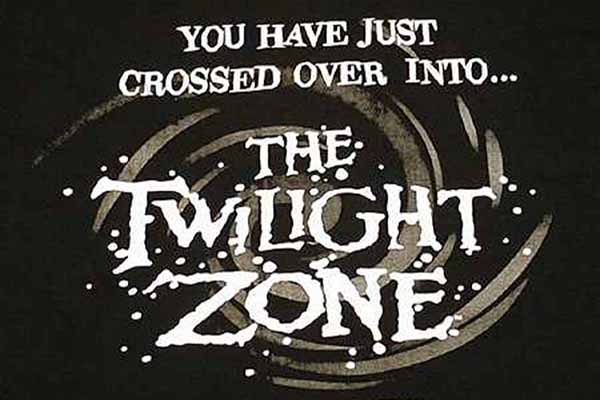 First, I want to thank all of you who commented last week. It really means a lot to me that you took the time to share your thoughts with me and give me feedback. You guys are awesome. 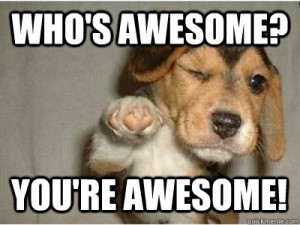 I really feel like I’m in The Bachelor Twilight Zone after watching Monday’s episode. I’ve predicted for over a month that JoJo was going to be the next Bachelorette but now she’s in the final two? It just doesn’t make any sense. She’s getting the B’ette edit. No one else is.

On top of that, Ben broke form and told both Lauren and JoJo he loved them. 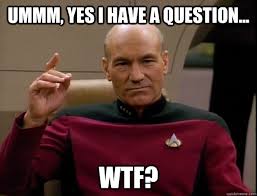 I don’t think for a second that Ben wasn’t told to let his feelings flow. This season is boring as sh*t and the producers needed something to spice things up after Olivia left. Now, one of the remaining two ladies is going to get her heart smashed against the rocks thanks to the douchebaggery of the Bachelor producers. Nice work, a**holes. Your extraordinary efforts to carve out your special niche in hell never cease to amaze me.

Alright, so who do we think is going to be The Bachelorette now that JoJo is in the final two? The only contenders besides her are Becca, Amanda, and Caila. I’m fine with a Becca season but I might have to shoot myself in the face if I have to sit through an Amanda or Caila season.

I’m still praying somehow some way JoJo is going to get it but it would be tricky considering that taping on The Bachelorette begins immediately after the ATFR. She’d have to basically tell Ben she was over it and not ask insipid questions of him at the ATFR like: “When did you know?”

It’s not unprecedented for the person who comes in second to get the lead the next season but I don’t recall it ever happening for a Bachelorette because of the quick turnaround time. ABC has months to select the next Bachelor after The Bachelorette ends so it’s easy to pick the runner up if they want to.

I guess we’ll just have to see how things play out. Grrrr… I don’t want to wait though. I WANT TO KNOW NOW! 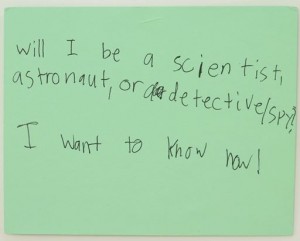 I’m assuming, of course, that Ben doesn’t pick JoJo. I really don’t see that happening. Caila or Amanda would have been a better match for him. Ben and JoJo seem like a total mismatch to me. Their energy together is just off and I’ve seen no evidence that JoJo is uber religious like Ben is. His faith is really important to him and I haven’t gotten the same impression from JoJo.

Vanilla Lauren definitely seems like she’s going to run away with the prize but this season is so weird, anything could happen. 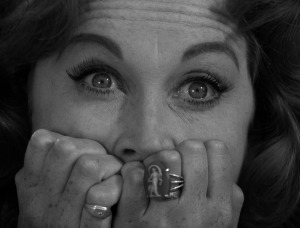 Enough preamble. Let’s get into the recap.

We’re greeted by Ben’s neon pink shirt. Seriously, it’s brighter than the sun. This is what the whole first part of the episode was like for me:

Me: OMG. Why is he wearing that??? Who dressed him? Who told him he could pull that off? Does he remember he’s on national TV? Does he know it’s not 1985 anymore? Was he even alive in 1985? Quick math… NO! Jesus, I’m Methuselah.

Me: Is this Jamaica? Where am I? Where is Ben? Am I still watching TV? Or is this an acid trip? Did I even take acid? Oh, he just said he looks at Lauren with googly eyes. Didn’t I say that in one of my blogs? Is Ben reading my thoughts through the TV? Can staring directly into that much neon pink make you vulnerable to mind control? OMG. Why is he wearing that???

Me: This color reminds me of the sunset. Remember when Madonna said that girl’s [fill in the blank] was as pink as a sunset in her SEX book? Is this some sort of subliminal sex message on the part of the producers since it’s fantasy suite week? And why did I read Madonna’s SEX book? It was so stupid even though it was really controversial at the time. What ever happened to my copy? Did I throw it away? Oh, thank God. There’s a commercial.

Ben and Caila start the day out by taking a rafting trip down a river… in mostly awkward silence. Caila is anxious because there are two other women still involved. Their date is so boring that I actually notice their Rastafarian gondolier and think he’d be really cool to get stoned with even though I don’t do any drugs or even drink. But recreational substances could make this date more tolerable. I’m also wondering how they got all those bizarre camera angles. I looked for the hidden cameras on the front and back of the raft but didn’t see them.

They’re at a Sandals resort. I know that from all the signs we see closeups of before moving on to the nighttime portion of Caila’s fantasy suite date.

Caila is back to her peppy self again by nightfall. She finally fesses up that she was really anxious about the other women earlier in the day but now she’s fine! Perfectly fine!

And then Caila drops the L-bomb even though she’s probably still freaking out on the inside. Maybe the producers liquored her up for the wham-bam-thank-you-ma’am portion of the date. Ben’s reaction to Caila’s L-bomb:

Ben promptly shoves the fantasy suite card into Caila’s hand to dissuade her from any more talk of love so he can avoid feeling guilty for giving it to her sex-panther style in just a few minutes time. (Or sly-fox style. Is Caila 80? Where did she pick up that phrase?)

Fireworks go off as they make out in the ocean. Ben is fully dressed as he leads Caila, who’s wearing a swimsuit that looks less like something you swim in and more like something out of the slut section of a Frederick’s of Hollywood catalog, into the fantasy suite . (I know you’re thinking, “Isn’t the whole catalog the ‘slut’ section?” No. They actually sell regular clothes too. Just no one spends much time looking at that section.)

As soon as Ben sits Caila down on the bed in their fantasy suite, he swiftly closes the door so they can do it like they do on the Discovery Channel. We see an outside shot of the lights going out in their suite. I’m sure it was staged but I don’t know why two people who look like Ben and Caila would want to do it with the lights out. Isn’t the point of being young and mega-hot so you can do it with the lights ON?

The next morning Ben and Caila wake up and drink coffee together. Caila tells Ben she loves him again.

AKA: The Ugly Shorts Date

Lauren’s jean cutoffs are so short and tight, she can barely walk. All she can do is waddle. Ben’s shorts are made of some kind of Indian blanket print. Is choosing ugly shorts a hereditary trait? I hope not or their kids are going to be serious fashion victims.

Ben and Lauren go to Gibraltar Beach where they’re going to help endangered baby sea turtles make it out to sea.

So I don’t get this. Lauren and Ben dig the turtles out of the sand and rinse them off. Then they dump them back into the sand and let them get all sandy again as they crawl their way to the ocean. Um… what? Why? And could they have maybe cut a brother a break and dumped them a little closer to the ocean? Sheesh. They could have dumped the bucket 3 feet from the ocean. Instead, they release them about 20 feet from the ocean.

Baby sea turtles in unison: “Thanks for the ride, f*ckers. There are other things we can think of we’d rather do on our first day in the world than go for the human-equivalent of a 50 mile hike. But we wouldn’t want to put you out or anything. Just sit there and watch us exhaust our lung capacity while you coo over how goddamn adorable we are.”

Ben and Lauren are informed that sea turtles can live up to 100 years to which Lauren responds: “I hope my relationship with Ben lasts that long.” 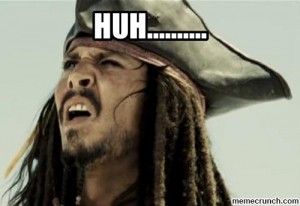 So Lauren thinks she and Ben will make it to their 120s? Lauren’s not so good at the maths.

Next Ben and Lauren decide that neither of them are good enough for each other. Awesome! No one is lovable so there can’t be an engagement. Let’s pack it up and call it a season.

But, alas, the episode continues.

Lauren and Ben attend a reggae concert later that night before heading for their fantasy suite to make sweet, sweet love.

Lauren works up the nerve to tell Ben she’s in love with him and finally drops the L-bomb. 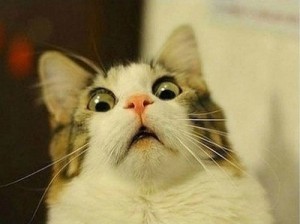 Ben, you rebel. You know you’re only supposed to tell the girl you propose to that you love her.

So of both avowals of love that Ben uttered during this episode, the one he made to Lauren seemed the most sincere. Is it possible he let it slip with Lauren and the producers were like, “Uh… what do we do now?” And then told Ben to tell someone else he loved her too? Or did they tell him, “We’re doing it different this season. Just let the women know how you feel. You may crush their souls but that’s just part and parcel of working with the devil.”

Next morning, Ben tells Lauren he loves her AGAIN. He tears himself away from Lauren to go get it on with JoJo.

Oh, good. Another helicopter for Ben and JoJo. Good thing there was no table with champagne to blow over on top of them this time. But the wind from the propellers blows JoJo’s very revealing shirt open. Thank god she’s wearing a nearly flesh-colored bikini?

I honestly thought for a second they showed JoJo’s boob on national TV and then my rational mind kicked in and told me that was impossible. But she looked practically naked when she finally took off her top and jorts to frolic in the waterfall with Ben.

JoJo tells Ben she loves him. BEN TELLS HER HE LOVES HER TOO!!! JoJo’s on cloud 9 thinking Ben broke the rules just for her. Poor girl doesn’t know it’s been only 5 hours since he told Lauren he loved her.

That night, they talk about what happened with JoJo’s brothers.

Ben: It was weird.

Ben: Uh… they essentially came after me with torches and pitchforks.

JoJo: I promise you that they’re going to love you. I don’t want you to run. 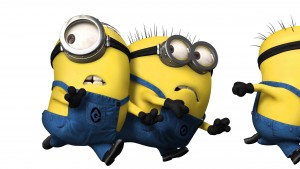 Ben and JoJo head to their fantasy suite for some sexy time. There’s no way Ben’s running until he sees what’s under JoJo’s copper bikini.

Next Up: Caila goes home and the Rose Ceremony