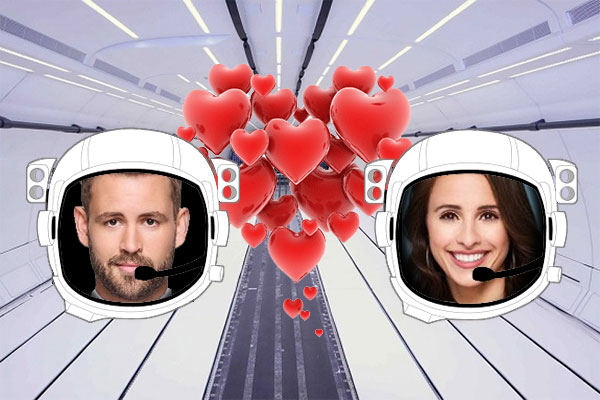 Fortunately, this was a more interesting episode than last week’s. We finally got some quality Vanessa time which I’m very happy about.

The episode opens with the girls from Liz’s date telling the mansion-bound girls about what transpired the previous night. Liz and Nick had sex, Liz went home, Christen got the date rose. Wait, why did Christen get…

…before I can finish my thought, we’re thrust into the cocktail party.

Nick addresses the women: Just in case any of you don’t know, I met Liz at Jade and Tanner’s wedding and we had sex. If any of you are have any questions, feel free to ask me about it. I’m an open book.

(I kid Nick because I love him… mostly.)

The cocktail party is pretty standard fare. The Liz drama turns out to be much ado about nothing which is usually the case with anything that ends up in the season preview. The women are mostly okay with the fact that Nick slept with Liz. 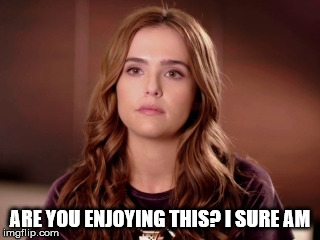 Corinne is a one-trick pony. Once again, she tries to derail Nick with sex. She dresses up in lingerie and a trench coat and tracks down a producer who hands her a can of whipped cream. Corinne is ready for the “commitment” of exploring Nick sexually. Usually, it’s guys who mistake sex for love. Corinne seems to not only mistake sex for love but power for love so by the transitive property, sex = power.

Unfortunately for Corinne, she doesn’t realize that Nick f*cks almost as easily and as often as he breathes. No matter how platinum Corinne’s p*ssy may be, it can hold no power over a man who has a near constant buffet of p*ssy to choose from.

Nick happily licks the whipped cream out of Corinne’s mouth and off her breast then calls her a troublemaker, pats her on the head, and leaves to go speak to Jasmine.

Nick: While I’m trying to appreciate everything that is Corinne, I need to  be respectful to the other women in the house. I don’t think giving into this moment is going to do anybody any good especially after the Liz situation.

Sticky and half-naked, Corinne tries to pick up the pieces of her ego off the Bachelor mansion driveway (I’m sure she isn’t the first and won’t be the last). She closes her trench coat and runs into the mansion to cry to Lacey(?)

Corinne: That was the WORST! The conversation [is that what the kids are calling it these days?] with Nick was really bad! WE HAVE NO FUTURE! 😥

Technically, you never had a future but still…

After Corinne is spent from her temper tantrum, she decides to skip the rose ceremony (since she already has a rose) and go night night.

I don’t think there’s any written rule that you HAVE to attend a rose ceremony but it’s really inconsiderate to the other women. There’s a lot of waiting around on a film set and I’m sure at least an hour was wasted trying to figure out if they were going to get Corinne out of bed or shoot the rose ceremony without her.

Nick immediately notices Corinne’s absence. Or he was told to notice. In a room full of 20 women a man barely knows, is he really going to notice one is missing even if he did lick whipped cream off her boob?

Nick apologizes to the women for Corinne’s absence. He is not amused. 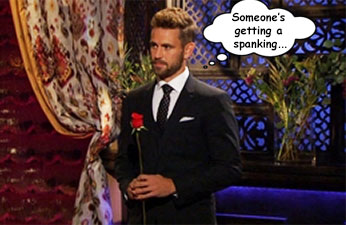 Corinne, Danielle M., and Christen all have roses.

Heather W., Lacey, Hailey, and Liz go home. I’m a little surprised about Hailey. I thought she would have lasted longer.

Chris Harrison brings the date card with the preface that “we’ve really outdone ourselves this time”.

Inside the card: “Everybody.”

The lucky girls chosen for this date arrive at a dance studio where they are informed they will be backup dancers for the Backstreet Boys that night in front of an audience of at least 500 people. Wow, the B-Boys’ stock has tanked.

The girl who the Boys think has the best connection with Nick will get bonus time with Nick.

Nick and the girls start learning the choreography (or “planned dancing” as Corinne calls it). Jasmine and Danielle L. kill it. Corinne is not coordinated and can’t remember the steps (I feel your pain, girl).

Nick (to Corinne): Are you feeling better, Sleeping Beauty?

Corinne sheepishly says yes and pretends to be a good sport until Nick leaves. Then she promptly gets fed up trying to learn the dance and goes to the bathroom to cry and bitch to the new Lacey, Whitney, since Lacey went home.

Danielle L. dancing (it would not surprise me if she used to be a stripper):

How Nick THINKS he dances:

After the nightmare is over, the Backstreet Boys decide Nick and Danielle have the best connection.

Danielle’s reward? An incredibly awkward slow-dance with Nick to the B-Boys singing “I Want It That Way” acapella (which sounds god awful without auto-tune) in front of 500 silent strangers. She is then treated to a sloppy, high-school kiss from Nick.

Corinne is not amused.

Next Up: Group Date 1 – Night Portion and Vanessa’s One-On-One