While Nick and Kristina were on the most boring date in Bachelor history, Corinne met her true Bachelor soul mate in Lorna, the island version of Nanny Raquel.

Corinne: Lorna! Get these wrinkles out of my dress! Lorna! Bring me towels! Lorna! Bring me chicken tacos and sushi! Lorna! Make Nick love me! Everyone needs a Raquel or Lorna in their lives. Raquel is going to be jealous. 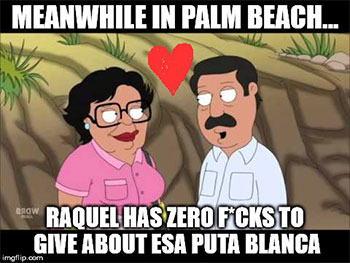 Whitney and Danielle L. are going to be on an unprecedented second two-on-one.

It’s time for the girls to strip down to their bikinis for a beach volleyball tournament and Vanessa is bringing her A-game. 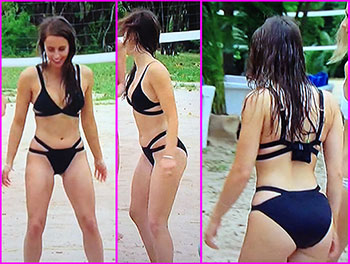 Nick: Today is a day all about having fun so let’s enjoy it and have a few drinks.

Before what I’m sure will come to be known as “the beach volleyball death spiral”, Nick and the women play a game where they toss sandbags into boards with holes in them.

I have no idea what this game is called. I’ve seen it before but don’t know the name. I don’t even know what to Google to figure out what it’s called. If I type in “throw sandbags into holes”, I’m pretty sure I’m going to get something pornographic… checking… I was right. It just also happens to be the name of the game: “Cornhole”. 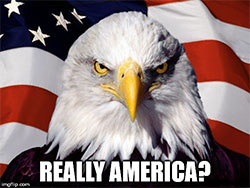 Next, the women play a match of three-on-three volleyball. Sounds like fun, right?

But halfway through, the shots of vodka spiked with moonshine and magic mushroom sweat kick in and one by one, each of these women we all thought were marriage material 5 minutes ago (except Corinne) turn into kindergartners who haven’t had their snacks and naps yet.

Corinne gets the ball rolling by wandering off to find a nice spot to lapse into a coma. Nick goes after her and brings her back much to the dismay of the other women.

Jasmine is losing her damned mind anyway and uses the alcohol as an excuse to body check Corinne and slam her to the ground.

Rachel’s last nerve has been worked too long and she decides she’s “done” with group dates and competing for Nick’s attention. Is she so delirious she’s forgotten what shows she’s on?

Rachel, this is The Bachelor. You are literally on the show to compete for Nick’s attention and go on ridiculous contrived group dates except for when you go on your one-on-one, your hometown date, your fantasy suite date, and when you meet his parents. The latter four opportunities are in no way guaranteed and are statistically unlikely to occur at all.

Vanessa is the next to fall [crying]: How can my relationship with Nick get to a new level if all he’s experiencing is me being competitive?

That’s not all he’s experiencing. I’ll let Not Will Ferrell explain:

Eventually, every contestant leaves the volleyball court and retreats to her own corner of the beach to cry and give every other girl the stink eye. Raven is the only woman who doesn’t succumb to hysterics .

Nick tries to get back on track with the women. He saves Jasmine for last. I’m pretty sure it’s because the producers wanted her to self-destruct. 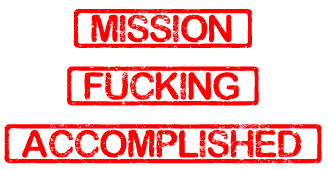 Nick talks to every girl but the most in-depth conversations he has are with Rachel first and Jasmine last. The conversations could not have been more different.

Nick expresses genuine panic at the idea that Rachel might have “peaced out” (really?) and left the show after the volleyball game. He listens to her every complaint with genuine interest and tries to put her mind at ease.

Remember when Aretha Franklin sang “It’s in His Kiss” and claimed the way you could tell if a man loved you was in the way he kissed you? Nah-ah. It’s in how much of your crap he’s willing to put up with and still think the sun rises and sets on you.

Nick’s tolerance for Rachel’s crap is pretty damn high. Not so much for Jasmine whose complaints are just as valid as Rachel’s, more so actually since she’s hasn’t had a one-on-one yet and Rachel has.

By the time Nick gets around to spending one-on-one time with Jasmine, she’s told us she really likes him but she’s ready to choke him and punch him in the face… and then makes the mistake of telling him he wants to choke him. When she tries to laugh it off as sexual innuendo, Nick is not into it AT ALL and is about as subtle as a sledgehammer in clarifying his sexual proclivities. 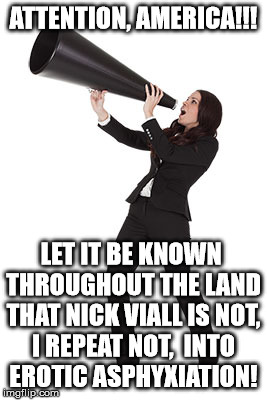 Nick: Jasmine and I had a good start and I was hoping we’d get our groove back but I don’t see a future with her.

And, when, Mr. Viall, were you planning to get this alleged “groove” back? You had 9 girls left before you sent Jasmine home and there are at most two rose ceremonies before hometowns. Admit it. You were never into Jasmine and there was no groove.

You see what happens, Nicholas, when you mumble and gesticulate awkwardly? I make you say things you never said for my own amusement.

The date ends with Jasmine getting in the f*ck-you-and-your-little-dog-too van and riding off into the night never to be heard from again… until the WTA.

Jasmine: I don’t think this process is going to work for Nick.

Well, it didn’t work for him three times before and look where it got him. I think this process NOT working for Nick is one of the luckiest things that ever happened to him. Let’s not forget he got paid six figures to be the lead of this show.

We find out later that Raven got the rose.

Next Up: The Two-On-One