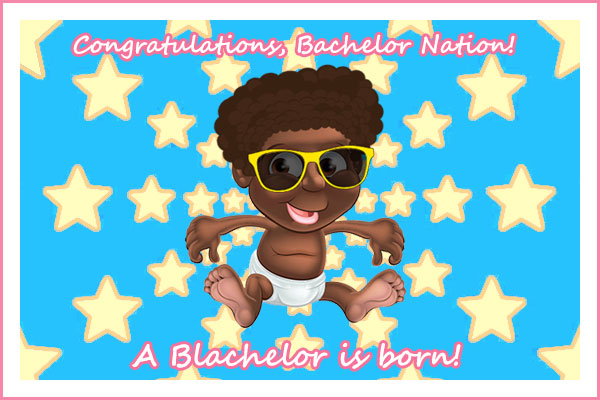 Grant is the first black man to get engaged on the Bachelor franchise.

Grant is the first black man to get engaged on the Bachelor franchise.

Sorry I’ve been AWOL. School is taking up most of my time but I wanted to put something up quickly to close out the BIP season.

First, thank you to everyone who commented throughout The Bachelorette and Bachelor in Paradise. It really means the world to me. Your feedback keeps me going. I finally responded to all of the comments last Wednesday (?) that I was behind on. I hope I didn’t spam those of you who subscribe to the comments section.

I’m not going to do a regular recap. I’m just going to cover the Bermuda Love Triangle and the final couples.

I’m referring, of course, to the Jared/Ashley/Caila debacle.

Thanks to one of my readers and some information I got from Reality Steve, it seems that:

1) The real reason Caila left was NOT because of Ashley. She told Amanda that she would get engaged to Jared even though she wasn’t that interested in him to get the exposure and the money they would get as an engaged Bachelor couple for making appearances, etc. SO word spread around the campfire and everyone wanted Caila gone. Remember when Caila walked by Lace and Lace said, “I can’t stand that girl”? Yeah, that’s why.

Caila left because she was persona non grata in Paradise but the story was edited to look like it was because Ashley is a crazy person (which she is but maybe not as crazy as she appears to be).

2) Jared is PRIMARILY responsible for Ashley continuing to have romantic feelings for him. According to an interview Ashley did before BIP with Patti Stanger (Millionaire Matchmaker), every time Ashley told Jared she needed space to heal, he would “blow up her phone” with texts and calls. It’s a case of he said/she said but I believe that Jared liked the attention that Ashley gave him and felt insecure when she disappeared.

I’m just glad Ashley is over Jared and I never have to see Caila’s face again (hopefully). I never liked her but if she really said what Amanda claims she said, I like her even less.

Let’s start with the fight between Nick and Josh on the beach.

First, the thing with the twins deciding not to hand out their roses and then dropping the “Josh isn’t here for the right reasons” bomb on Amanda right before they ran for the getaway van to avoid the fallout was an OBVIOUS setup. The fact that they went to Nick in the first place with the “rumor” that Josh was only in Paradise to fix his image was a setup too. I wonder who gave them that idea. Maybe the producer who suggested to Josh in the first place that going on BIP would be a good way to repair his image? Hmmm…

And then Nick continued his comeback tour by offering the twins his articulate and rational opinion of Josh based on Andi’s book and his personal experience with him. Another obvious setup.

Josh does put on a front and he is a narcissist but I genuinely believe he loves Amanda. The most authentic I ever saw him was when he was screaming at the rest of the cast on the beach. And he had every reason to be angry. Wouldn’t anyone be pissed if they were building a relationship with someone and other people were trying to sabotage it?

Josh and Andi didn’t work out because Josh is a domineering control freak and Andi is a stubborn, independent woman. They couldn’t both wear the pants in the relationship. So they broke up.

Amanda, on the other hand, is a gentle, docile woman. I’m not saying she’s weak but she and Josh complement each other much better than Andi and Josh did.

However, Josh is still a domineering jerk and if he wants it to LAST with Amanda, he’s going to have to tone it down or she’ll walk. She’s already been in one abusive relationship. I don’t think she’ll put up with another one.

I’m glad I got to see Josh’s true colors. Now I know what he’s hiding behind his “polish” and it’s not as bad as I thought it was.

I think Carly and Evan are a cute couple and are the most likely of the three who got engaged to last. Yes, Evan is a little weird and creepy at times but he’s attractive and he means well. Carly is an intelligent woman with a good sense of humor and is plenty weird herself so I don’t think it’s that strange of a match.

Huzzah! A black man has finally made it to the final rose ceremony of a Bachelor show. Racism is officially over!

Okay, not really. But I’m glad to see this show is capable of progress.

I’m not sure how I feel about Lace and Grant. Lace is batsh*t and Grant seems to dig crazy. It could work. Or it could turn in to a four-alarm dumpster fire. ¯\_(ツ)_/¯

I really thought Nick was going to propose. Obviously, the meeting with Neil Lane was just to psych us out.

Did anyone else notice that while Nick was “sobbing” during his proposal to Jen, no tears were actually coming out of his eyes? Nick, Nick, Nick. Next time your going to fake cry, try hiding a bottle of Visine in your breast pocket (you know, where you would have been hiding the engagement ring if you’d really intended to propose which we all know you didn’t).

I feel bad for Jen because I honestly think she never had a chance. I think Nick had his eye on the prize of having his own season and that’s why he couldn’t/wouldn’t let her in. But Jen is a great girl and she probably deserves better than Nick. An astrologer called in during After Paradise and told Jen she needed to remember that she was the prize. I completely agree.

I’m not saying that Nick should have definitely given Jen a chance. It’s possible that there just wasn’t anything there between them and Nick really does need a big personality to bring his color out.

I do think that Jen is one of the classiest and most decent contestants to ever appear on the franchise. I hope she finds someone worthy of her in the real world.

And now I bid you adieu

It’s time once again to take off our bitch caps and go into hibernation while we await the next installment of the Bachelor franchise. I don’t know about you guys but I need a shower.

I hope you all have a great fall and holiday season! 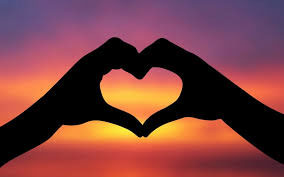 My readers are really important to me and the best way to find me again is to subscribe to my blog. You can also follow me on Twitter: twitter.com/cafe_emily and/or like/follow me on Facebook: facebook.com/cafeemily. I know everyone and their brother asks you to do this stuff on the sites you visit but if you enjoy my content and want more, these are the absolute best and easiest ways to find me again.

Check out these other blogs I think you’ll enjoy:

Therese Odell’s blog – Spoiler free and if you like snark, you will love Therese. (She has a new site. This is the updated link: foolishwatcher.com)
OfficeStace.com – She does a nice, short and to the point spoiler-free recap.
IHateGreenBeans.com – Thorough, spoiler-free recaps by Lincee. Super nice lady too!
Some Guy in Austin – Spoiler-free guy’s perspective on the shows.
BachelorBurnbook.com – A compilation of the funniest tweets about all things Bachelor.
Reality Steve – SPOILER ALERT! Reality Steve is pretty caustic but love him or hate him, he’s entertaining and he’s the only truly accurate source for spoilers and “dirt” on contestants.
Sharleen Joynt’s Blog – Sharleen Joynt is the absolute bomb. She’s by far my favorite former Bachelor/ette contestant of all time. So glad I was finally able to find her blog to share with you guys. She is unsurprisingly the most insightful blogger about the Bachelor/ette/IP franchise.