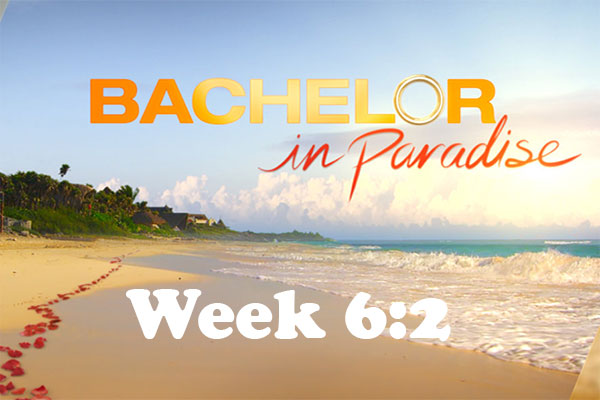 Before I get into my recap of the finale, here are links to other articles on my site that may interest you:

This is how I feel after watching last night’s finale of Bachelor in Paradise:

In the words of Cher from Clueless, “My heart is totally bursting!”

I’m so happy that this franchise has finally delivered us a real love story after a 2 year dry spell (aside from Marcus and Lacey but I really never felt their love story the way I did with Desiree and Chris and I don’t believe Kaitlyn and Shawn will make it much past the end of the year if that). It’s about damn time, Bachelor producers!

It’s moments like Tanner and Jade’s engagement that make this franchise worthwhile. And I feel it in my gut that they’re gonna make it. If I don’t feel it in my gut, those are the people who don’t make it. Shall I list the people I predicted would break up within a year after the final rose was awarded? (I haven’t watched every season so there are gaps):

Who did I predict would get married?

I was halvsies on Marcus and Lacey. I thought it could go either way.

A lot of people seemed to think that Carly and Kirk were the for-sure solid couple this season but Tanner and Jade always ranked above them in my mind. There’s an ineffable quality to people who are ready to get married and there’s a harmony to their relationships that just sings. I can almost feel it in my bones.

Alright, let me fire up my DVR so I can recap the episode:

Everyone is still down about the horrific breakup between Carly and Kirk. I didn’t think they would break up before the end of Paradise but I didn’t see them getting engaged. I always believed that Tanner and Jade would be the couple that got engaged. So their breakup didn’t really get to me the way it seemed to grip most of Bachelor nation.

Cassandra’s worried about going to the fantasy suite with Justin because she met him less than 24 hours ago and maybe that’s not enough time to decide whether you want to knock boots with someone.

She’s also a single mom and needs to “set a good example for her son”. Really? Is he gonna go on a third-rate reality show to find love too when he grows up? I don’t think Cassandra and Justin knew each other well enough to sleep together but I think the excuse of being a mom is lame for not having sex or not going into the fantasy suite (you don’t actually have to have sex in the fantasy suite). Moms have sex too. That’s how they get to be moms. So who the hell cares?

I swear this country has its panties in way too much of a twist over sex and not in a fun way.

Everyone prepares for their final dates. A lot of nerves.

The most awkward relationship is between Nick and Samantha. Nick mentions that they’d been talking for 3 months (!) before meeting on Paradise. So no joke, Samantha WAS really talking to both Joe and Nick. I don’t think that’s necessarily evil but it’s definitely manipulative.

But props to Nick. Not only did he snag the $250k prize on Bachelor Pad but he managed to snag the “prize” of Paradise too – or at least what all the other boys wanted. Whether Sam’s a prize or not remains to be seen.

Nick’s ITM as he and Samantha are making out on the bed in their fantasy suite: “I’m really ready to dig in deep.” Um… gross. Thank you for that mental image, Bachelor editors.

Justin and Cassandra discuss the idea of going into the Fantasy Suite. Cassandra breaks the bad news to Justin that she thinks spending the night with Justin would be “almost inappropriate.” If it’s only “almost” inappropriate then doesn’t that mean it’s still appropriate? Maybe I’m being too literal. Cassandra’s hedging is getting on my nerves.

Next up, Tenley and Joshua talk about going into their Fantasy Suite. Tenley seems to be the brains of this relationship. She wants to be really honest with herself and Joshua about the potential of their relationship. Joshua mostly grunts and pets Tenley’s hair. This almost feels like Fay Wray trying to decide what her future would look like with King Kong.

I kid Joshua though. He’s a sweetheart even if he’s not the brightest flame in the candelabra.

Tanner and Jade discuss what they think will happen tomorrow. They think some of the couples won’t be there.

Oh, Damn! Tanner drops the L-bomb. He explains that his rational mind is saying, “What are you doing? You’ve only known this person a couple of weeks.” Well, at least someone finally revealed the real timeline of the show. Yeah, Bachelor in Paradise wasn’t actually six weeks. It was more like 2-3 weeks.

Aside from that though, I think Tanner and Jade have a far better understanding each other than most Bachelor/ette couples because they’ve spent 24/7 with each other for those few weeks.

If you think about most relationships, people go out on dates in the beginning. They see each other for a few hours at a time for a month or two. They aren’t cohabitating. So relationships in Paradise are on the fast track because they live like married couples for two weeks and they have nothing to do but get to know each other. That is the opposite of what happens with Bachelor/ette couples who see each other for a couple hours at a time with cameras constantly on them for less than 24 hours total by the finale.

So I don’t think it’s really that crazy that after spending two or three weeks straight of getting to know each other that two people could fall in love. Tanner’s just too damn sensible to see it that way.

Tanner and Jade are a great match in my opinion because they complement each other. Tanner is stiff and rational and Jade is full of grace and emotion but they’re both very level-headed. Yin and yang.

Chris Harrison is surprised the next morning to see that all of the couples are still together. I am too.

Tenley is having a doubts because of the radically different lifestyles she and Joshua lead. I guess she’s a city girl (I really don’t remember much about her because her season was ages ago) and Joshua is definitely a small town boy.

Okay, moment of truth. Let’s see who accepts roses from their Paradise partners and who doesn’t.

Justin and Cassandra give each other their roses. But my spidey senses are telling me it’s not gonna work out. Probably because I already saw what happened on After Paradise (!)

Nick and Sam accept each others’ roses. Samantha says that Nick was her prince charming all along. It just took her a little while to see it. Joe wasn’t a real man because he treated people with disrespect. Oh, Sam. Can you still not see that you were complicit in Joe’s cruel treatment of Juelia? I’m having a hard time deciding if Sam is in denial about her own mistakes because she just can’t accept the fact that she did something wrong or she’s just too dumb to realize she actually WAS partially responsible for Joe’s actions. I am convinced that she’s not nearly sharp enough to be the medusa people have made her out to be though.

It’s Joshua and Tenley’s turn. I’m blown away by the number of words that come out of Joshua’s mouth in his attempt to convince Tenley to continue their relationship. But alas, it is not enough to sway Tenley from her grownup decision to end things so that they don’t embark on a relationship where they would likely grow to resent each other.

Tenley seems more broken up about it than Joshua though who doesn’t shed a tear until he’s spent a considerable amount of time is the van to the airport. Part of me thinks the producers finally gave in at one point and put Visine in his eyes to make it appear as if he was experiencing SOME kind of human emotion.

Jade: “Tanner makes me feel like everything about me is lovable.” Awww…

Tanner gives Jade a big hug and tells her she looks gorgeous. Awww…

Jade gives a lengthy speech expressing her love and adoration for Tanner. She is so sweet and vulnerable and glowing, it makes me want to cry. But I won’t because I’m a professional, dammit! (sniff)

Tanner says he came to Paradise expecting nothing but some free drinks on the beach and then he met her and that changed everything (I’m not crying! I just have something in my eye)… but when he thinks about the real world, it’s different.

Tanner: “I can’t give you this rose today… because what we have is worth so much more than a rose… than a million roses. I love you, Jade, and I want to keep on loving you for the rest of my life…” He gets down on one knee (stiffly, as only Tanner can)… “Will you make me the happiest man on Earth and marry me?”

WAHHHHHHHHHHH! Stop it, the two of you! These tears of joy are seriously putting a damper on my cynicism!

Okay, I usually don’t get too excited about the ridiculous rings people give out on these shows but I’m in love with Jade’s ring. It’s simple, understated, and elegant.

And with that we bid a fond farewell to Bachelor in Paradise.

JJ failed to win back the girl of his dreams (shocker). He’s available on Tinder. Oh, hold the phone. Signing up right now.

Months later, Ashley I. is still obsessed with Jared. (Likely)

Clare is still talking to animals. STOP IT WITH THE RACCOON CRAP ALREADY! CLARE DOES NOT TALK TO RACCOONS!

Kirk is currently enrolled in the Witness Protection Program. (Because of Carly? That’s not even clever.)

Awww… super-sweet montage of Jade and Tanner’s journey. They’re looking to move in together and get married…