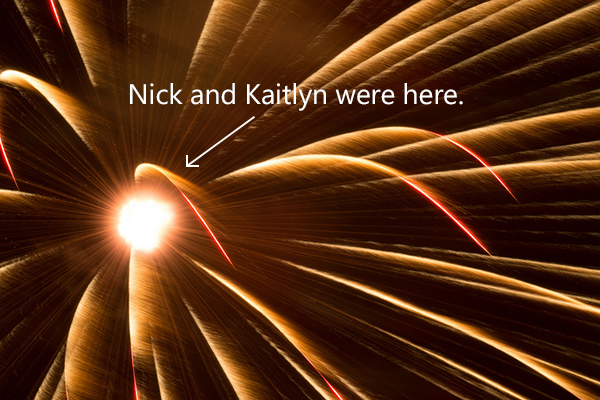 Before I get to my Bachelorette 2015 recap for episode 7, here are some other links I think you’ll enjoy:

Last week ended in the middle of Ian’s nasty tirade in which he accused Kaitlyn of being shallow and slut-shamed her. This week, the first thing we see is the resolution of that issue.

The rest of what Ian has to say is essentially a repeat of what he said last week. Kaitlyn is shallow, surface-level, on TV to make out with a bunch of dudes, still the girl who wants to get her field plowed, etc.

Kaitlyn is “super-offended” as she should be. They discuss it for a couple minutes and then agree it’s best for them to part ways.

Ian’s goodbye speech as he’s riding off into the sunset by himself:

“Kaitlyn is shallow. I just don’t think she’s nearly as complex as I am. I’m too deep a thinker. I’m too self-aware…” So you’re aware that you’re a total f*cking prick? Good to know. “…I went to Princeton and that’s what I have to offer…” That’s it? Not on my list of must-haves in a husband. “…So glad I’m out of there. I’m an interesting guy. I’m being punished for being an intellectual…” WTF are you talking about? Who’s punishing you for being an intellectual? Kaitlyn? The show? YOU signed up to be on the show because you were so gung ho about Kaitlyn. She just wasn’t that into you. Take some responsibility for yourself you spoiled, pompous brat.

“…They didn’t teach cheesy movie quotes at Princeton…” The hell you say. They don’t teach that class at my junior college either. Kaitlyn’s into movies. You’re not. It doesn’t make her shallow. They obviously don’t teach a class on humility and tolerance at Princeton either. “…I have to have original thoughts…” Hate to be the bearer of bad tidings but you’ve displayed zero originality on the show thus far. “I don’t find that women have trouble relating to me because I’m too deep.” No, they have trouble relating to you because you’re an a**hole.

Wow. Ian, I think it’s safe to say you’ll never be The Bachelor. You’re boring, you have no sense of humor, you’re insecure, you’re a snob and a half (points if you know what movie that’s from), you’re kind of a misogynist, and you’re just an all-around f*ck wad. Good riddance.

Back at the hotel, Nick sweeps in to comfort Kaitlyn… and make out with her some more.

Nick: “I love your movie quotes and dumb humor.” Awww… see, Ian? This is how you get a girl’s panties off.

Downstairs, in the room where all the guys are hanging out, Shawn is getting edgy because they all know Nick’s been talking to Kaitlyn for about 20 minutes (that’s almost a whole 24 hours in Bachelorette time). He goes upstairs to rescue her but gets an eyeful of Nick and Kaitlyn’s makeout session and so retreats back down with his tail between his legs. He mentions something in an ITM about every time he sees her with another guy, his walls go up.

Kaitlyn in an ITM: “I totally get it that I’m the makeout bandit… but intimacy is a really important part of a relationship and I’m not ashamed to say that.”

I agree with her but I’m really only repeating what she said because I liked that she referred to herself as “the makeout bandit.”

Finally, another rose ceremony arrives. There will be 9 guys left after the ceremony is over. Nick, Shawn, and Ben H. already have roses from last week so there are six to hand out:

WTH? How does Josh go home before Tanner? I know Josh kind of messed up by trash-talking Nick on the Mariachi group date but he’s a genuinely nice guy and Tanner has no connection with Kaitlyn whatsoever. I can only assume that the producers aren’t done using him for exposition (e.g. getting him to call Nick out about tabloid rumors). Next rose ceremony, however, he will most certainly be going home.

Justin also went home so now all the guys who voted for Britt except for J.J. are gone.

At the end of the ceremony, Chris Harrison announces they’re going to Dublin, Ireland. Huzzah! Finally, the boys get to stamp their passports.

The guys arrive in Ireland, all super-excited.

Shawn: “My dad’s side of the family is very Irish. I’ve always wanted to come here but the fact that Nick’s here… I don’t know exactly what Kaitlyn is thinking. I just need to trust her and my relationship with her but I don’t trust him.”

Oh, my god. Shut up already about Nick. We get it that you’re really into Kaitlyn and Nick seems like a threat but if you’re really the one for her, it’s gonna happen so just chill the f*ck out.

The morning after the guys arrive in Dublin, Kaitlyn shows up to their hotel room and announces she’s taking Nick on a one-on-one. Eat your heart out, Shawny boy.

Nick: “There are two shows going on. The Bachelorette and The Shawn Hates Nick Show.”

They start their date by walking through a lush green park. There’s only one problem. Pigeons! They’re everywhere. Run, Kaitlyn! Run for your life! Yeah, she’s still afraid of birds.

Nick: “Apparently, we’re never going to another park again but at least I got to comfort her.”

The way Nick and Kaitlyn relate, it’s like they’ve known each other forever… and they can’t keep their hands off each other. Without knowing what happens in the coming weeks, it seems like a no-brainer that these two are going to end up together. You never know with this franchise the way it likes to throw curve balls but these two just seem matched on every level in a way I haven’t before witnessed on this show.

Next, Nick and Kaitlyn wander through the streets of Dublin. They try their hand at river dancing. I can say I’d rather watch Nick river dance than listen to him sing again but not by much.

Nick buys them a pair of claddagh rings, Irish wedding rings, which they wear for the remainder of the date.

Back at the tool shed, a group date card arrives. Whoever is not on the date card is going on the dreaded two-on-one date where Kaitlyn will have to choose to give one man a rose and send the other one home.

Guys on the group date:

Which means Joe and J.J. are going on the two-on-one.

J.J. is confident: “I really like Joe. It’s too bad. I keep my connection with Kaitlyn pretty close to the vest.”

I’m paraphrasing but that was the gist of it. Poor J.J. He’s totally Clueless (the film I quoted earlier, for those of you playing along at home). I don’t know who Kaitlyn’s gonna choose but I know who I would and it would be no contest: Joe.

On the night portion of Nick and Kaitlyn’s date, they eat dinner in a beautiful old cathedral with lots of candles and stained glass windows.

Kaitlyn: “I think it’s good that you’ve been here before but I worry that other people judge you for it and I don’t like that.”

Nick: “I appreciate that… I like being liked but it’s more important to be me and as long as I can do that, I’m okay with people thinking whatever.”

I have to say that Nick is getting a hell of a lot better edit than he did last season. If I hadn’t seen his 50 shades of bad boy last year, I’d think this guy was a total dream. I still liked him in spite of him being a bad boy but it’s hard for me to believe that that part of him is completely gone. Is he on his absolute best behavior? However much I may like you, I’m still keeping my eye on you, Mr. Viall.

Kaitlyn: “I don’t want the night to end. Do you want to come back to my hotel?”

And in case anyone is wondering, Nick got the date rose in between lip locks.

Before they go back to the hotel and do the deed, I want to talk about something Shawn says to one of the other guys back at the hotel around this point in the show: “It’s tough to get a read on Nick. I still haven’t had a conversation with him.”

So basically, Shawn knows nothing about Nick, says he’s full of sh*t, believes every bad thing Tanner has read about Nick in the tabloids, doesn’t trust him, and yet has never had a conversation with him.

Pro tip, Shawn. If you want to get a read on someone and find out who they are, try talking to them.

I just hope that if things don’t work out between Kaitlyn and Nick, she doesn’t choose Shawn. I’d honestly rather see her end up with boring Jared than with Shawn. Shawn’s lack of confidence considering that he’s clearly a frontrunner is childish and petulant as is his unjustifiable distaste for Nick given that he knows nothing about him.

Kaitlyn and Nick go back to her hotel room. They talk and makeout on the couch for a couple of minutes and then they go into their bedroom with their mics on. WEIRD. Maybe they had no choice since this is pre-fantasy-suite time but it was a little creepy to listen in on two people trying to have sex as quietly as possible.

The show cuts to a commercial break at this point which I only mention because of what happens when they come back from break. First we see two birds necking, then we see a bee buzzing around a flower. I’d like to solve the puzzle, Pat. The birds and the bees?

And then we see Nick taking the walk of shame after leaving Kaitlyn’s hotel room.

Kaitlyn is on her balcony, radiant with happiness but also scared that Nick might tell the other guys. What does that say she thinks about Nick if she thinks he might do that? No guy who was serious about Kaitlyn would breathe a word to the other guys that he got to hit it before they did lest she kick him to the curb for being an inconsiderate d-bag.

Nick doesn’t tell the other guys. He does tell them that she invited him back to her hotel but that they just talked. We also find out that Shawn got extra time on his date, I assume after their one-on-one in Texas.

Next Up: The Irish Wake Date

One thought on “Bachelorette 2015 Recap: The Big Big Bang”