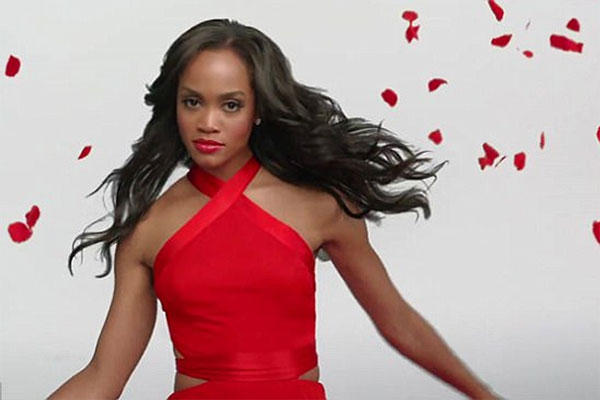 Finally, the limos start arriving. I’m only going to cover the ones that were noteworthy:

Gee, with all this male awesomeness to behold in all its splendor it’s amazing Rachel could decide who to give the first impression rose to…

Bryan already has a rose.

All the guys are annoyed that Whaboom made the cut. They don’t yet realize that he is there precisely to annoy the sh*t out of them and they’re just playing into the producers hands.

I’ve never had such a difficult time making predictions. Usually, the producers put at least some of the guys who go far in the preview of contestants at the beginning of the episode and the winner is almost always in the bunch. I’m not so sure they did that this season.

Josiah and Kenny are the only ones I can see going far.

I made my predictions before I listened to Jimmy Kimmel’s because he’s usually right about the winner. He chose Peter as the last guy standing and Peter wasn’t even on my radar. However, in looking at the season preview, Peter does appear in many locations one-on-one with Rachel so it’s not out of the question.

Here is my general feeling of guys who might go far in no particular order:

I don’t think Rachel will pick Bryan so he’s my pick right now for next season’s Bachelor. Anthony could be a contender too but will ABC go black to black black back to back? I didn’t think there would ever be a black lead at all so I’m open to being surprised yet again.

Thanks for reading! See you next week!

My readers are really important to me and the best way to find me again is to subscribe to my blog. You can also follow me on Twitter: twitter.com/cafe_emily and/or like/follow me on Facebook: facebook.com/cafeemily. I know everyone and their brother asks you to do this stuff on the sites you visit but if you enjoy my content and want more, these are the absolute best and easiest ways to find me again.

Check out these other blogs I think you’ll enjoy:

All the Pretty Pandas – Sharleen maintains two blogs. This one is more in-depth than the Flare blog and also gives you an inside look at the fashion on the show. If you’re interested in the looks the women wear on the show, definitely check it out.
Therese Odell’s blog – Spoiler free and if you like snark, you will love Therese.
OfficeStace.com – She does a nice, short and to the point spoiler-free recap.
IHateGreenBeans.com – Thorough, spoiler-free recaps by Lincee. Super nice lady too!
Some Guy in Austin – Spoiler-free guy’s perspective on the shows.
BachelorBurnbook.com – A compilation of the funniest tweets about all things Bachelor.
Reality Steve – SPOILER ALERT! Reality Steve is pretty caustic but love him or hate him, he’s entertaining and he’s the only truly accurate source for spoilers and “dirt” on contestants.
Sharleen Joynt’s Blog – Sharleen Joynt is the absolute bomb. She’s by far my favorite former Bachelor/ette contestant of all time. So glad I was finally able to find her blog to share with you guys. She is unsurprisingly the most insightful blogger about the Bachelor/ette/IP franchise.