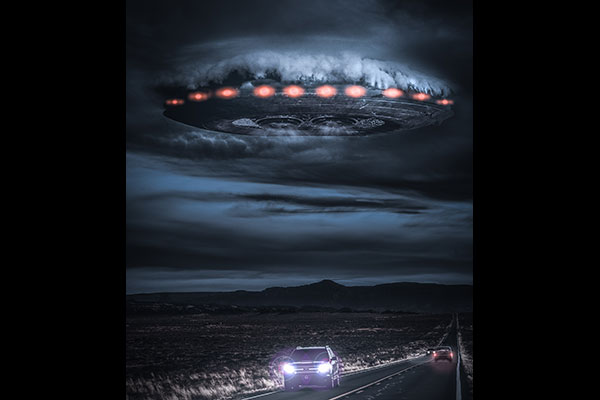 Thanks to a posting by Elon Musk on Twitter, I have been reading crazy amounts of information about the Fermi Paradox today. The Fermi Paradox basically states that given the number of planets capable of supporting life in the universe, we should have been visited by aliens technologically more advanced than us many times over and asks the question why haven’t we.

I love me some science but scientists can be seriously obtuse and stubborn sometimes. They have written pages and pages on this subject trying to figure out the answer to this question. They have proposed numerous hypotheses as to why. You can read some of them here: http://en.wikipedia.org/wiki/Fermi_paradox

It just makes me shake my head in despair. Scientists are supposed to be the smartest and most rational among us and yet when overwhelming evidence suggests that we probably ARE being visited by aliens and have been for a very long time which would render the paradox moot, they are like ostriches with their heads in the sand. Yeah, keep tearing your hair out, science, searching the universe for radio waves and Dyson spheres and totally ignore what’s right in front of your face. http://en.wikipedia.org/wiki/Dyson_sphere (I have my doubts that this structure could actually work because of the amount of heat that would be trapped inside but I haven’t really looked into the matter. I just learned about it today.)

I don’t care if anyone reading this thinks I’m crazy for believing that UFO sightings are compelling evidence that aliens are very likely visiting our planet. I can’t dismiss thousands upon thousands of sightings of aircraft manipulating the laws of physics in ways completely unfathomable to us. I don’t believe that every sighting has been an alien aircraft or that there haven’t been plenty of people who have faked footage either to make a buck or a point or both.

But is EVERYONE who ever saw such a craft a lunatic, a hoaxer, or just mistaken in what they saw? Because that’s a lot of damn people. Scientists like to tout Occam’s Razor-All things being equal, the simplest explanation is usually the right one-when it’s convenient to maintain their world view but when it isn’t, anyone who presents the simplest explanation is just crazy and/or stupid. It’s easy to call people crazy and stupid from behind the safe confines of a hard science degree.

I’m not suggesting that scientists simply accept UFO evidence as fact but some of them should at least have the guts to stand up to their colleagues and admit that UFO sightings are compelling evidence that aliens may, in fact, be visiting our planet and INVESTIGATE the possibility with open minds.

The scientific method is an extremely important advancement in human history but we are looking for evidence of ALIENS, not human scientists who originated on another world who would naturally try to contact us through radio waves and make their presence known in no uncertain HUMAN terms. Maybe we’re not going to get the kind of evidence that rigorous science demands from a race of beings that is more foreign to us than any species we have ever encountered and being much more advanced, may be aware and make use of layers of reality that we can’t detect.

Science has become a culture unto itself where anything that might possibly be just beyond the reach of human understanding and thus scrutiny by the scientific method is treated as insane rubbish. If you disagree publicly, no matter how smart or rational you may be, you are cast out of the tribe.

IT SHOULD NOT BE THIS WAY. Science is not a religion or a cult. It’s a tool we created to help us understand the nature of our reality. A TOOL. When a tool can’t help us do what we need to do, do we simply declare that the task can’t be done and is irrelevant or do we try to make a better tool?

I’m of the opinion that ANY phenomenon that could lead to greater understanding of ourselves, the universe, or the nature of reality should be explored as thoroughly as possible with ALL possible tools at our disposal. We should not limit ourselves by only exploring avenues to greater understanding that we know how to explore. We may not know how to acquire every kind of knowledge there is to be known but that doesn’t mean we shouldn’t try.

And if you’re going to ask how to acquire knowledge without science, I don’t have an answer for you but it doesn’t mean I’m not open to the possibility that there is another way or that science can’t be expanded.

Scientists, please, stop trying to be right, stop trying to fit in with the “smart” crowd, and be curious. Tribalism and group think is why we needed science in the first place.

I know not everyone is going to agree with me on this subject but I’ve said my peace.

And just in case you’re interested in learning more, NatGeo thinks it’s reasonable to believe that UFOs may be evidence that ETI’s are visiting us: http://channel.nationalgeographic.com/chasing-ufos/articles/five-good-reasons-to-believe-in-ufos/. Who knew?

One thought on “Why Haven’t Aliens Visited Us? The Fermi Paradox”