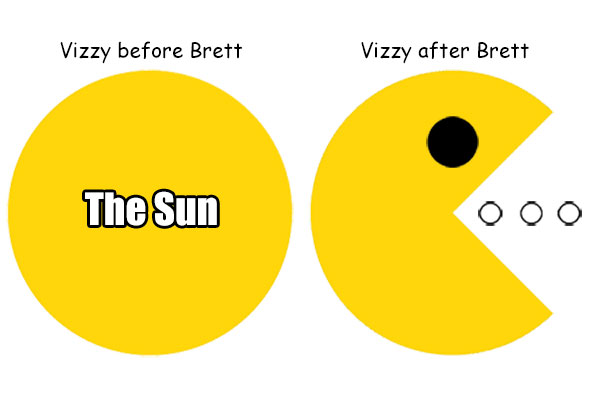 Special shout out to Megan, Jaime, Jennifer, and Cam this week. Comments and retweets keep me going. Thanks to everyone who comments and/or RT’s regularly. You guys are the wind beneath my wings. 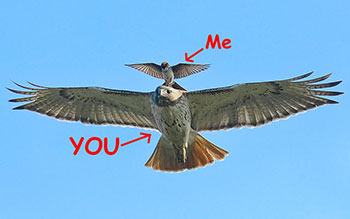 I am starting my blog on Friday and I can’t really remember anything that happened this week on Bachelor in Paradise other than Vinny and Izzy breaking up. That probably means nothing very interesting happened. But I’m going to go back and watch just to make sure (pretty sure it was a boring week though).

One funny thing I do remember: I wrote a whole spiel last week on how they got the iguana to nod its head but when I saw the footage of the iguana again in the intro, it looked like a puppet. 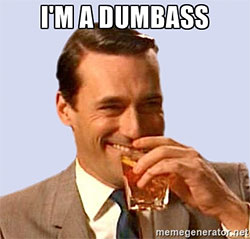 Also, Ben and Lauren have a reality show coming out in the fall on Freeform. It’s called “Happily Ever After“. I don’t find them remotely compelling enough to watch their show but if any of you watch it, let me know how it is.

The first 40 minutes are spent dealing with the cocktail party and the rose ceremony. That’s just way too much time to spend on Ashley drama. I know it may not seem like it, ABC producers, because we continue to watch every minute of this franchise but we, of the Nation of Bachelor, have lives.

The night begins with Ashley and Jared rehashing their mutual discomfort with being on the show together.

Ashley says she came to Paradise to get over Jared.

Pro tip #1, Ashley: If you want to get over somebody, try staying the f*ck away from them. Watching guys you like date other people in close quarters is not an effective strategy for getting over crushes.

Next she does this: 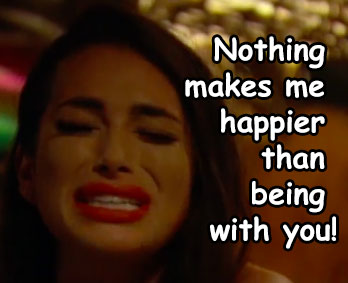 As some of you may know, I run an advice column. I still have some correspondences I haven’t published yet but almost every question is about figuring out if the person who’s writing me should continue pursuing their love interest. 99.9% of the time if that is even a question in your mind, the answer is “NO”. But 100% of the time, if someone you’re interested in says they’re not interested in you or they run hot and cold, THEY ARE NOT RIGHT FOR YOU.

Ashley needs to stop this madness.

Jared tells Ashley she can like him all she wants but he likes Caila and Ashley is just going to have to deal with it.

After spending an inordinate amount of time trying to console Ashley, Jared returns to the tree house to reassure Caila that he has strong feelings for her and that Ashley doesn’t mean as much to him as Caila does.

Hey, Jared. You just spent an hour talking to Ashley to try to take care of her feelings and 2 minutes taking care of Caila’s. Why exactly should Caila believe that you care about her more? 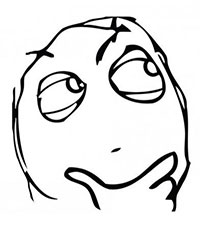 Ashley asks/whines, “How can two people can love each other so much and not be together?”

Uh… because Jared doesn’t love you? And you don’t know what love is otherwise you’d realize that you don’t actually love him either?

After about 25 minutes of this nonsense, we finally get a break from the Bermuda love triangle and head back into safer waters.

Carly realizes that she really likes Evan and lets him know that she likes him. Evan pats himself on the back for coming up with the brilliant (brilliant, I say!) romantic strategy of faking an illness to get Carly to fall for him.

That’s right, guys. If you want a girl to want you, faint and just generally act like a weakling. Women love that sh*t. Works every time. EVERY. TIME.

Once again, Daniel finds himself in the position of having the swing rose. Sarah, Hemily, and Ashley are on the chopping block. How they try to get his rose:

Sarah goes home in tears. I really think she missed out by not giving Christian her rose. I wish her all the luck in the world though in her quest for love.

Ashley SHOULD go home but as she’s leaving in the kiss and cry van, she has an epiphany: She’s in Paradise so why not try to find love? (Actually, the epiphany was that she could pretend she’d suddenly turned the page on her obsession with Jared in an attempt to get the other contestants to agree to let her stay in Paradise to “find love” so she could secretly sabotage Jared’s relationship with Caila.)

Ashley tells the driver to stop. She runs back to the cabana to exclaim to everyone that she’s turned over a new leaf.

Nick (and Bachelor Nation) groan in exasperation when Ashley returns to Paradise. The cast members agree to let her stay so she can have another chance at love but Caila’s face says she’d rather be eaten alive by fire ants.

The next day Nick advises Ashley to be her best self. I’m sure that’ll work out great. 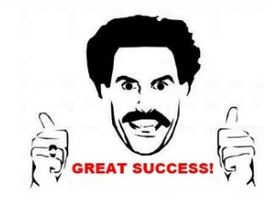 The first new guy to arrive is Carl from Andi’s season. I do not remember this person at all. And apparently he is so forgettable in person that Carly can’t even remember his name even though it’s the male version of her name.

Emily thinks Carl is hot. (Not to be confused with Cafe Emily who does not.) Carl chooses Emily for his date.

The next person who walks in is Brett from Andi’s season who apparently brought a lamp during their first meeting. I do not remember this person either. The clip of him arriving out of the limo with the lamp did not jog my memory. I repeat:

Brett is completely forgettable, unimpressive, and ordinary. I assure you, I will not remember him this time either. His lamp has more personality than he does… but somehow Izzy finds him absolutely irresistible?

Brett came to Paradise to meet Caila and decides (with Ashley’s help) that he’s not going to settle.

He asks Caila out despite the fact that she’s with Jared (as of last night’s rose ceremony).

What follows is the most obnoxious display of indecisiveness I have ever witnessed in a human being in my entire life. Caila can’t decide whether to go on the date with Brett or not. She changes her mind about 50 times, trying to decide what the “nice” thing to do is before finally agreeing to go on the date. 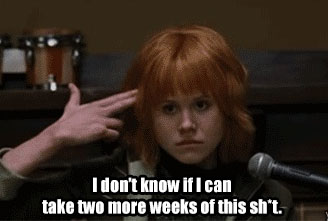 I think we now know why Caila was not chosen to be the Bachelorette. Can you imagine HER rose ceremonies?

Evan says Brett walked in with a lamp and flipped the switch on Jared. Oh, Evan. You’re so puny… I mean PUNNY!

Emily, Carl, Caila, and Brett leave for their date on a booze cruise while Jared slowly morphs into the ball of mopey, unrequited love that is Ashley. He spends most of the day slumped on a giant cushion under a canopy staring out at the sea.

Emily and Carl hit it off. But even though they spend the afternoon bumping and grinding, Emily still can’t remember his name. No one can.

Back at the beach, Ashley uses Caila’s absence to drive a wedge between Jared and Caila. Ashley is certain that Caila isn’t right for Jared and that Ashley is the only one who will love him and treat him right. She’s doing a fantastic job so far. 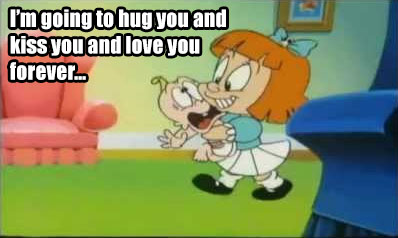 Kayla has zero fun on the booze cruise because she went on it for all the wrong reasons:

Notice how her list of reasons doesn’t include BECAUSE SHE WANTED TO GO.

She finally throws in the towel on being “nice” when Brett, whom she’s not attracted to in the slightest, attempts to give her a lap dance. Brett comes to the realization that he’s not wanted. (I’m sure it’s not the first time he’s come to this realization.)

Ashley falls into a deep depression when she realizes her attempts to destroy Jared’s chance at happiness have failed. She doesn’t understand how two people (Jared and Ashley, NOT Jared and Caila) who know each other so well and are so compatible can’t be together. She says it’s like finding her soulmate but her soulmate doesn’t love her.

Pro tip #2, Ashley: Your soulmate will love you. That’s part of the definition. 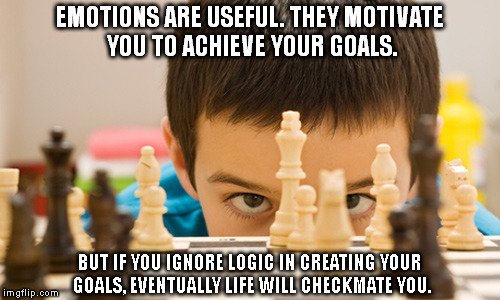 Ryan from Kaitlyn’s season arrives in Paradise with a date card. His salt-and-pepper beard does him no favors. It makes him look much older than he is but AT LEAST I REMEMBER HIM!!! Not well but I remember him.

Jared tries to foist Ashley off on Ryan. However, when Ryan interviews Ashley to see if he wants to date her, she goes on and on about how perfect Jared is and how she’ll never find anyone else who can compare… so Ryan immediately decides to ask Haley out instead.

Really? That’s it? All they showed us of the date was Haley and Ryan mounting their horses. They didn’t even show them returning from their date. BIP editors are lazy.

Grant arranges a couples massage for himself and Lace. After the massage is over, they drink champagne in one of the many hot tubs scattered throughout the tree house and Grant drops the L-bomb. Lace does not return the sentiment. 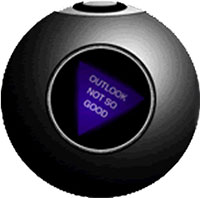 While Vinny is certain about his relationship with Izzy, Izzy is drooling over Brett who is so gorgeous to her eyes that she almost vomited upon beholding him for the first time. (Because nausea is the typical response to meeting someone you find devastatingly attractive.)

That night, Izzy pulls Brett aside to tell him she’s really attracted to him. I don’t think Brett feels the same way but he didn’t come to Paradise to not get laid and Izzy is kind of cute so why the hell not? (And that, my friends, is the foundation of every great relationship.)

Izzy delivers the bad news to Vinny that she’s only 75% invested in the relationship now because Brett’s chiseled… something that only Izzy can see took the other 25%. 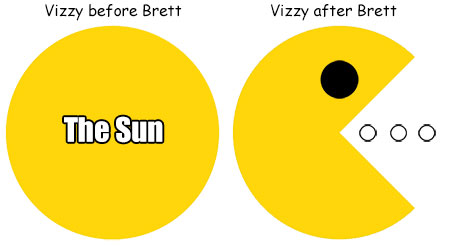 Despite what Izzy says and Vinny thinks, I don’t think that Izzy’s attraction to Brett was as superficial as it was made out to be. No person who is in a happy, committed relationship suddenly decides to leave because someone hotter walks by.

I think that Izzy had a lot of questions about Vinny and was scared of how fast they were moving from dating to likely getting engaged so Brett became a convenient fantasy to distract Izzy from her fears about her relationship with Vinny. Fantasies give people breathing room within their own minds to escape scary or undesirable circumstances.

I don’t think Izzy was able to face her doubts about Vinny constructively so instead of talking through them with him, she escaped into fantasy and didn’t understand herself well enough to know that’s what she was doing.

The next day, everyone (especially Vinny) waits on tenterhooks to see what the fate of Izzy and Vinny’s relationship will be. Vinny wants to leave Paradise. Nick tells him to wait and see what Izzy says.

Izzy avoids talking to anyone for most of the day. She doesn’t seem to want to face the music. Vinny eventually goes up to confront her. She puts him off by telling him to let her finish her makeup. ‘Cause that’s important when you’ve broken the heart of someone you care about and they’ve been waiting all day to talk to you about it.

Well that was a boring episode.

Next: Episode 2 Recap and After Paradise