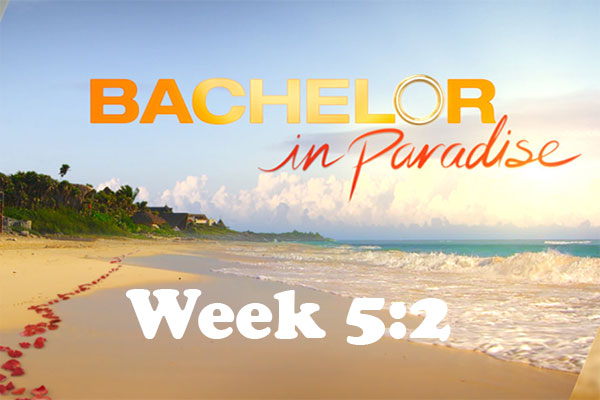 Also, I lost my signal for about 10 minutes during Bachelor In Paradise last night so a small chunk of what happened is missing. Curse you, satellite TV!

Juelia gets stung by a jelly fish. We’ve all heard that the cure for a jelly fish sting is applying urine to the wound but Bachelor In Paradise reaches new levels of class with the following interaction between Juelia and Tenley as Juelia tries to convince Tenley to pee on her foot. Their conversation is paraphrased:

Tenley: Don’t you want a guy to do it? He can aim.

Tenley: Okay, stick your foot in the toilet. Ewww! It looks like there’s a turd in there.

Tenley: How does it feel?

Tenley: Does it feel better?

Where the hell was the medic? They had cameras following these two bumble heads around the whole time they were trying to figure out how to make Juelia’s wound feel better but no one had the perspicacity to call the set doctor?

This whole scene was completely staged in my opinion. If you’re on a reality show and you get stung by a jelly fish, you see the doctor. My guess is that between the time Juelia and Tenley were on the beach where Juelia got stung, Juelia was treated by the medic and then they went into the bathroom to film the pee scene, a contrivance by production, behind the closed bathroom doors. The peeing was not filmed. Only the conversation between Tenley and Juelia was heard so it’s a safe bet that Tenley never actually peed on Juelia. They only talked about it.

Oddly, the guys are bummed that Joe got the boot last night. He went from hero to zero to hero in a matter of days. Are the people on this show really that fickle? Oh, wait. I just answered my own question in my head. Bachelor in Paradise isn’t exactly a Mensa convention.

Everyone wants Samantha to leave. They want Chelsie to ask Dan out because if Dan falls for Chelsie, Sam won’t get a rose.

At this point, does it really matter? The show is almost over. Dan is free to get involved with anyone his penis tells him is a good match for him even if she may end up chopping it off in the end. Everyone knows these people are going their separate ways next week so grow up, BIP cast. She’ll be out of sight soon enough.

Chelsie decides to talk to Nick and everyone, particularly Carly who isn’t exactly well-known for minding her own business, is bummed.

Chelsie ends up picking Nick for her date. Nick is over the moon because he’ll do just about anything to get away from Ashley’s crazy which seems to loom larger and larger with each passing drunken day in Paradise. Lithium and alcohol don’t mix.

Here my DVR cuts out. The next thing I see is Mackenzie from Chris Soules’ season talking to Ashley I. trying to figure out who she could possibly date at this late stage in the game. Justin’s name is put out there.

She says this with way too much 5-year-old glee. Yeah, boats are pretty cool, Chelse. So are planes and trains and even buses. Check out this book. I think you’ll really enjoy it: 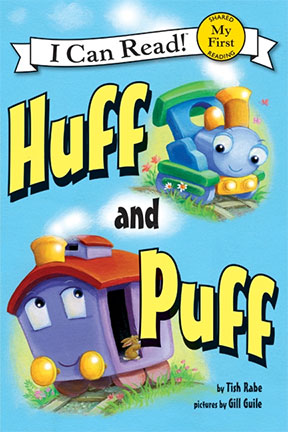 The yacht is “3 times the size of Chelsie’s house”. Hey, BIP guys! Chelsie has a house!

Suddenly, Chelsie seems like the catch of Paradise despite her lack of mental prowess. A lot of these people are unemployed. Not sure what their housing situations are like.

Dan is still all about Samantha but has yet to man up and just say, “I like you.” He asks her about what kind of food her mom makes… blah, blah, blah. Out of all the guys in Paradise, the last guy I would have suspected of not having game is Dan. Dude, just stick your tongue down her throat already. Joe did.

Nick and Chelsie have no connection. Nick is still into Samantha and lets Chelsie know about it. Hey, Nick. Are you really looking to get serious with Sam in the next couple of days? Because that’s pretty damn unlikely and you’d probably be better off keeping your mouth shut about it and get busy with Chelsie. She may not be the exotic beauty that Samantha is but she’s certainly cute enough for a romp which is more than most of the people on the show have gotten so far.

Mackenzie tries to decipher her date card which says: “Pick a man you see a future with.”

Mackenzie: What do you think that means? Aliens?

Ashley I: Yeah, for sure. Aliens

Mackenzie: That would be really cool. To go to a UFO sighting place. I think it will be something like that.

Yep. Because when I think future and relationships, “aliens” is the first thing that comes to mind. Mackenzie is adorable and sweet but she makes EVERYONE on this show look like a mental giant by comparison.

Mackenzie asks Justin out on her date. Amber is now bummed because she went on a date with Justin and even though she had no connection with him, he’s still her default boo since Dan cut her loose and no one else seems to even care that she’s there. Way to settle, Amber.

Nick and Chelsie must have come back from their date at some point though I can’t recall when.

Jaclyn flies in on her broomstick like the Wicked Witch of the West, cackling about how all the guys are probably bored of their girlfriends and looking to upgrade: “I’ll get you, my pretties, and your little boy toys too! Mwahahaha!”

I don’t recall her being this aggressive in her previous appearances on The Bachelor franchise. Perhaps, it’s her new looks that have emboldened her. She lost weight, got in shape, and has definitely had some plastic surgery. A nose job and lip enhancement for sure, maybe more. I barely recognized her. I kept wondering if she was the same person I last saw on Bachelor Pad.

Ashley I.: There’s a new girl in the house and this one may be a handful.

Obnoxsh. What’s with the new trend among our nation’s youth of cutting off the last syllables of words? Is it really so hard to say the whole word? Or has education in this country slipped to the point that soon the only way our children will be able to communicate is in monosyllabic sentences?

Juelia: The thing is, Ashley I. is really into Jared.

I have to agree with Jaclyn on this one. Ashley I. may have an insane 12-year-old-catholic-school-girl crush on Jared but he’s having none of it. He’s still fair game as far as I’m concerned. However, the ick factor of watching Jaclyn, with her new and improved she-devil personality, get her claws in the lovely and sweet Jared, makes me pray Jaclyn doesn’t ask him out.

Juelia claims Jaclyn is “breaking the rules”. Really? There are rules in Paradise? I want to know where the rule book is because this show seems like it’s all over the place and a request to Chris Harrison will get you just about anything that has never been on the table in previous seasons. He’s become the genie from Aladdin though not even remotely as clever as Robin Williams’ version.

Turns out, their date has nothing to do with aliens. Shocker.

They show up at a jungle location that looks like some kind of ritual magic is about to take place.

A Mexican man (NOT “Spanish”, Mackenzie) in a very medicine-man/high priest looking outfit shows up and speaks to them only in Spanish. Mackenzie is hoping when the shows plays back, there will be subtitles. No such luck so I’ll translate as much as I can:

This is what he says in order of his lines (as many as I caught):

“Hi, how are you guys?”
“We have a big surprise.”
“You’re going to have a great opportunity today.”
“Are you ready to pass —- ”
“I’m very special (professional)”
“—Take off your clothes and fold them here.”
“No, your clothes.”
“Put them here.”
“We’re going to close our eyes.”
“And you first (to Justin) close your eyes”
“Now, slowly”
“You put this on him and he puts this on you (approximate)”
“This is very sacred”
“In a circle”
“Congratulations”
“Now kiss”
“Congratulations, you guys are married now.”

Best lines from this date:

Justin: I literally got smoke blown up my ass (It’s true. He did.)

Mackenzie: Am I being sacrificed? Because I’m definitely not a virgin.

The ritual is bizarre for a marriage ceremony. Get naked, rub mud all over each other, and then set off a roman candle? Why this is sacred or remotely romantic I have no idea.

It’s totally obnoxious that ABC chose not to put subtitles on this. And the guy clearly spoke some English because he answered Mackenzie’s question of whether he was a professional or not in Spanish. So he deliberately spoke Spanish despite being capable of speaking English. And he didn’t even mention in Spanish that the ceremony they were about to begin was a marriage ceremony.

To quote Mackenzie, they’re “Mexican citizens’ married now.” I really hope not. I hope that ceremony was as big a pile of bullsh*t as it looked. Messing with people’s legal status in a foreign country without their consent es no bueno.

Justin is worried that Mackenzie is taking this too seriously and after listening to her chatter on inanely for about 10 minutes and hearing her confession that she “totally believes in mermaids”, Justin declares the honeymoon period over and is looking for a quick divorce.

Jaclyn: “They may as well call this show ‘Kaitlyn’s Rejects'”. Here, here.

Jaclyn moves in on Jared who definitely seems like the prize of the bunch.

Ashley I. freaks out because it’s clear Jaclyn is about to ask Jared out on a date.

Ashley gets desperate and makes a beeline for Chris Harrison to solve her “black widow” (Thanks, Tanner) problem. She asks Chris for a fantasy suite date with Jared and he complies because he’s Santa Claus with the date cards this season.

Just as Jaclyn is about to ask Jared out, Ashley I. returns with her hastily written fantasy suite date card. She interrupts Jaclyn and asks Jared out. He seems a bit reluctant but accepts.

Ashley I. is thinking she’s gonna lose her v-card tonight so she disappears into the bowels of the Paradise Hut to put on three more layers of makeup, give herself a pedicure, and God knows what else.

When she returns to Jared, “It’s the latest date ever.”

The preview for next week looks “dramatic”. It “looks” like everyone breaks up, including Tanner and Jade (but it could just be the edit) but one couple gets engaged. Wow. Just like last year. Can you say formulaic?

At the tail end we see Ashley I. on the beach while she’s combing out her extensions with a fork: “There’s not a fake bone in my body except for these eyelashes and my botox… and maybe this bra.” None of those are bones, FYI.

After seeing Ashely on After Paradise, that bra is unequivocally false advertising. It makes her look like she’s at least a C cup but without it, she’s flat as the Earth used to be before Columbus sailed the ocean blue.